Please ensure Javascript is enabled for purposes of website accessibility
Free Article Join Over 1 Million Premium Members And Get More In-Depth Stock Guidance and Research
By Adam Levy - Nov 11, 2019 at 8:30AM

Apple bought itself time to grow into its price tag.

The early reviews of the debut series on Apple's ( AAPL -1.17% ) new streaming service, Apple TV+, are not great. Not terrible, but not great. And when you're spending billions of dollars on original content, you expect it to be great.

The Morning Show and See haven't exactly won over critics, but that might not matter too much in the grand scheme of things for Apple. While Disney, Netflix, and AT&T all battle it out to win over subscribers as soon as possible, Apple has bought a lot of time for the service to grow on its subscriber base. Indeed, the company deliberately isn't spending big money on familiar back-catalog titles. Instead, it's using a direct customer-acquisition tactic, offering a free year of the service with every new device purchase.

Deutsche Bank analyst Jeriel Ong says: "Such a strategy gives TV+ a chance to improve its content library over time while maintaining access to potential future paying consumers." So while Apple TV+ isn't worth $5 per month now, Apple isn't really asking for that money yet. It has a chance over the next year to improve its value as it adds new series and films every month. 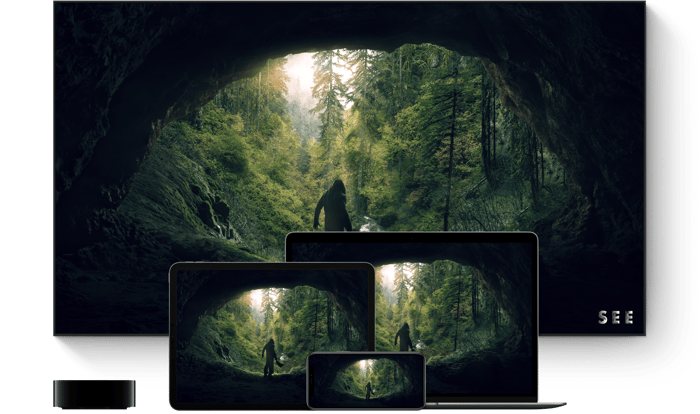 Tens of millions of "subscribers"

By the end of the year Apple should see the audience for its new originals quickly grow to millions, if not tens of millions, thanks to its free-year promotion. That gives it time for its originals to really hit their stride. Remember, Netflix brought us Lilyhammer a year before House of Cards -- or maybe you don't.

Most of Apple's competition won't have the same leeway to allow their new originals to grow on audiences, eschewing critical reception. They're all competing for attention and consumer budgets now.

That's not to say Apple's at a huge advantage. The first year of Apple TV+ is all about working out the kinks.

Apple's not a media company; it's a tech company. It's leveraging the popularity of its hardware to instantly attract an audience, so it can determine their likes and dislikes. Its competitors (including Disney, Netflix, and AT&T) already have audiences and a strong understanding of what those audiences want. They've got a head start, but Apple has a way to catch up.

As Apple fine-tunes its content and hits its stride, it should be able to retain a good number of subscribers after their free year is up. Ong says it's way too early to tell how good a job Apple's content will do in keeping customers paying $5 per month, but it's certainly not worth $5 per month today. Apple will add new series and films over the next year, and it'll take time to round out its content library.

The potential value for Apple

There's a lot of potential value for Apple if it can successfully attract a dedicated fan base for Apple TV+.

First and foremost, the economics of the service are much different than those of its competitors. Apple isn't licensing any content; it's only producing originals. That means it's not subject to ramped-up prices for licensed TV series and films, and its costs are relatively fixed. That's in contrast to many of its other services -- such as Apple Music, iCloud, and AppleCare -- where there's a cost to each new user. Scale has even more value to Apple in this case than with other services.

Additionally, someone subscribing to Apple TV+ is more likely to buy a new iPhone when it comes time to upgrade their device, or to use Apple TV channels to subscribe to additional over-the-top streaming services. To nurture that behavior, Apple is even considering ways to sell more iPhones with a subscription.

The company has some time to figure out how to maximize the value of Apple TV+. Investors shouldn't be discouraged by the early critical reception, and should wait to see how consumers actually respond to the service. After all, Apple has a full year to build out a compelling library of content before it has to be worth $5 per month to subscribers.