Shares of Zebra Technologies (NASDAQ:ZBRA) rose 15.3% in October 2019, according to data from S&P Global Market Intelligence. The company posted a strong third-quarter report near the end of the month, paired with the announcement of an important multiyear contract.

The company, which makes bar code-scanning tools and other information management systems, saw sales rise 3.5% year over year to $1.13 billion. Earnings increased by 19% to $3.43 per share. Your average analyst would have settled for earnings near $3.28 per share, though Zebra did fall just short of the Street's revenue target at $1.14 billion.

The company also unveiled a multiyear deal with the U.S. Postal Service, supplying 300,000 bar code readers in 2020 as the start of a broader partnership. It's the largest single deal in Zebra's history, though a handful of the company's largest customers are in the same ballpark if you combine several smaller-scale agreements. For more insight on the USPS contract, check out the questions-and-answers section of our transcript from Zebra's third-quarter conference call. 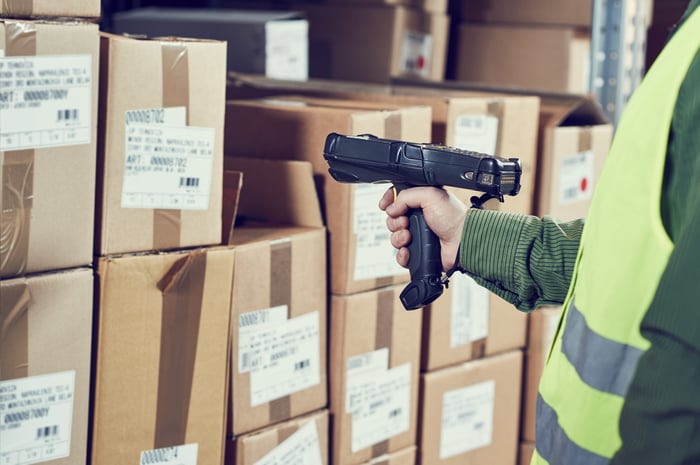 Zebra has now exceeded Wall Street's earnings estimates for 14 straight quarters. The stock has followed suit, rising by a market-stomping 34% over the last 52 weeks. Even so, the stock is trading at reasonable valuation ratios such as 19 times free cash flows and 15.5 times forward earnings estimates. Zebra's combination of rapid growth and unimpeachable stability is as intriguing as the very concept of finding high-tech applications for old-school bar codes, which is how Zebra drives its business forward.