Shares of Anthem (NYSE:ANTM) gained 12.1% in October, according to data from S&P Global Market Intelligence. The health insurance stock got a boost after a rival reported better-than-expected earnings and guidance, and it got another lift later in the month with its own earnings beat and outlook. 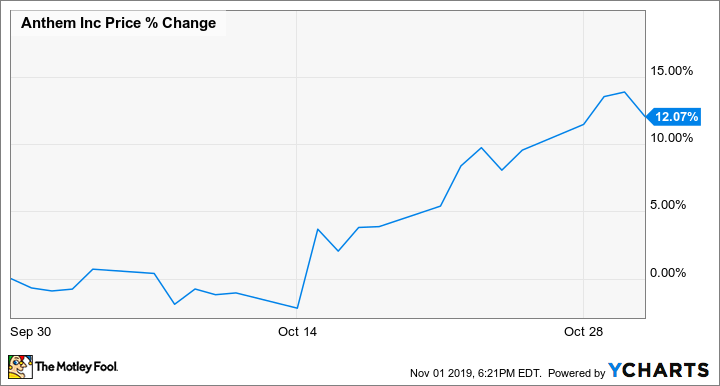 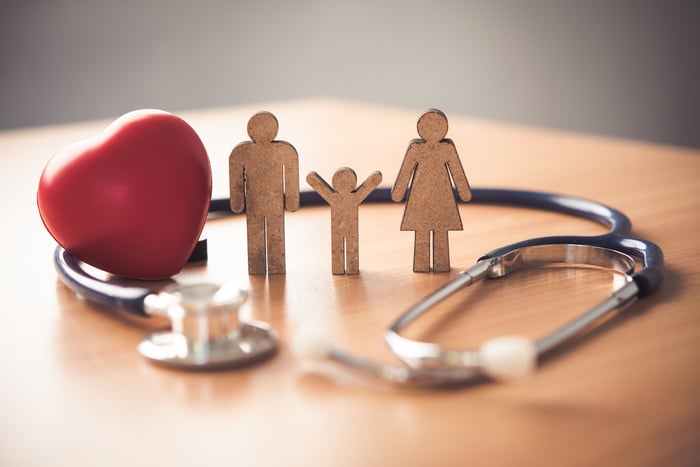 The insurance company's third-quarter sales were up roughly 15% year over year, and EPS climbed nearly 28% year over year -- although the bottom-line growth was partly a result of substantial stock buybacks. As covered by my fellow Motley Fool contributor Keith Speights, the strong performance was driven by a combination of membership growth, higher premiums, and growth for other business units. Enrollment climbed roughly 3% to reach 41 million members, revenue from premiums climbed 10.9% to $23.8 billion, and expansion for the company's pharmacy benefits management unit helped improve profitability.

Anthem stock has posted additional gains in November, with shares up roughly 3.7% in this month's trading so far. 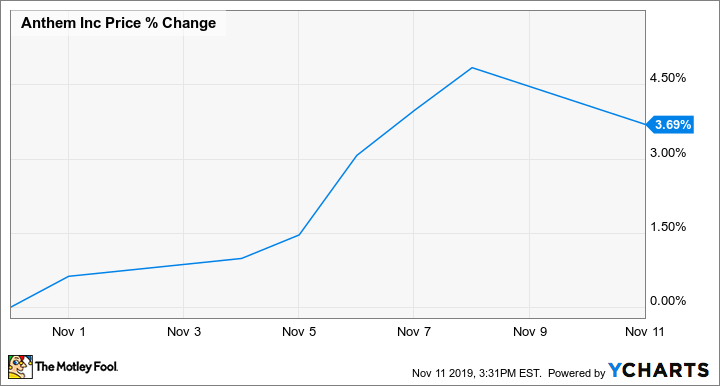 The company is guiding for full-year EPS to come in at $18.45 on a GAAP basis and $19.40 on an adjusted basis. Investors have been concerned that "Medicare for all" plans espoused by some leading candidates in the Democratic presidential primary field could dampen the outlook for insurance companies. But guidance from companies including Anthem and UnitedHealth seems to have reduced those concerns and is working to send industry stocks higher.