Shares of MarketAxess ( MKTX -2.54% ) gained 12.5% in October, according to data from S&P Global Market Intelligence. The fintech stock climbed after the company announced record levels of investor and dealer trading for emerging-market bonds on its platform. 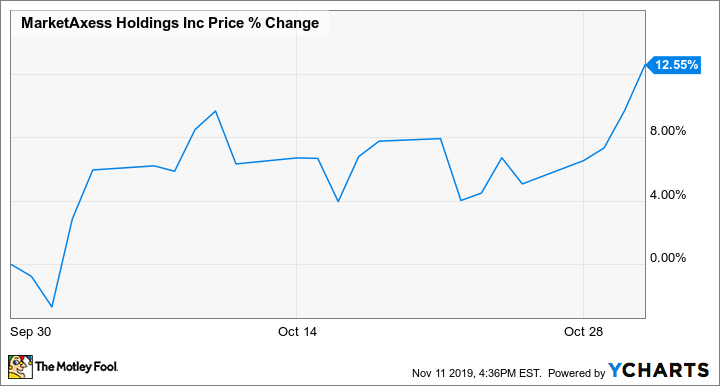 MarketAxess published a press release on Oct. 5, stating that $131 billion in emerging-market debt was traded through its platform in the third quarter, up 51% year over year compared with the prior-year period. The stock also got a boost after the company issued its third-quarter earnings release on Oct. 23. 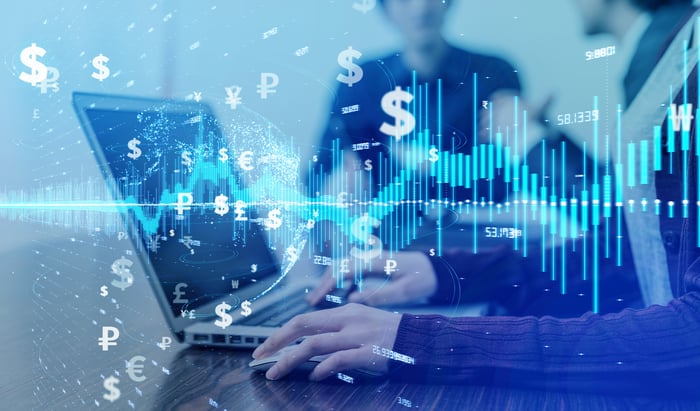 Sales for the September quarter climbed 30% year over year to reach $131.6 million, and beat the average analyst estimate for revenue of $130 million. Revenue from commissions climbed 32.4% versus the prior-year period to reach $119.9 million, information services climbed roughly 7.2% to reach $7.7 million, post-trade services rose 8.9% to roughly $3.8 million, and other income fell 10.7% to $251,000. Total trading volume on the platform increased 37% year over year to reach $528.7 billion

MarketAxess stock has dipped a bit in November, falling roughly 2.5% in the month's trading so far. 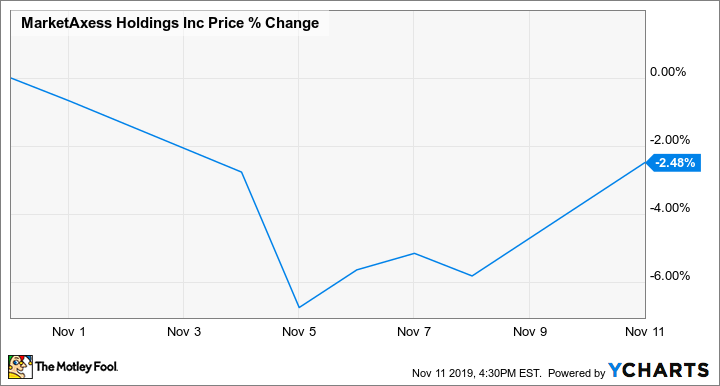 The company did not provide sales or earnings guidance, but it did reiterate its guidance for full-year expenses between $244 million and $256 million and an effective tax rate between 20.5% and 22.5%.