Virtually all of Tesla's gains last month came in the two trading days following its Oct. 23 report. In that report, Tesla notably detailed a surprise adjusted (non-GAAP) profit of $1.86 per share -- smashing estimates for an adjusted loss of $0.42 per share -- despite an 8% revenue decline, to roughly $6.3 billion. 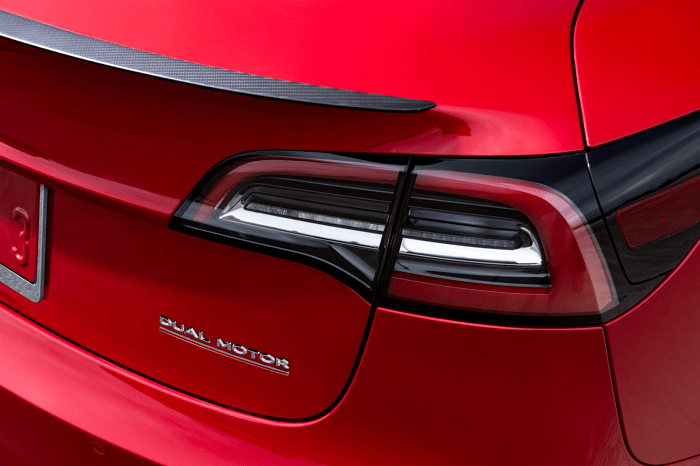 Tesla set fresh records for both vehicle production and deliveries -- which grew to 96,000 and 97,000 units, respectively -- during the quarter. But it's top line shrank because the bulk of those unit sales (nearly 80,000) came from Tesla's lower-priced Model 3 sedan, deliveries for which soared 42% year over year, putting the company firmly on track to exceed the lower end of its ambitious goal for deliveries of 360,000 to 400,000 units.

Even so, Tesla was able to simultaneously reduce its operating expenses by 16% while generating a staggeringly better-than-expected $371 million in free cash flow (versus estimates for just $32 million) during the quarter.

If that wasn't enough, Tesla gave investors several reasons to be excited for what's to come.

For one, Tesla confirmed its Shanghai Gigafactory is now producing full vehicles on a trial basis as it awaits local government approval that should pave the way for ramped production at the Chinese facility. Tesla further teased that it believes "China could become the biggest market for Model 3."

And Tesla's vehicle lineup is poised to expand into two lucrative segments. First, Tesla said its Model Y compact crossover vehicle launch is ahead of schedule, with production now expected by the summer of 2020. Then, subsequent to last month's update, Tesla CEO Elon Musk separately confirmed the company will unveil its widely anticipated pickup truck model at an event on Nov. 21, 2019.

Finally, that's not to mention the potential for Tesla's new third-generation Solar Roof product, installations of which Musk has said the company hopes to ramp "as fast as possible" to more than 1,000 roofs per week in the coming months.

Of course, most investors know to take some of those promises with a grain of salt given Musk's history of setting audacious goals. But considering Tesla's massively improved operational efficiency in the meantime last quarter, it's no surprise that shares rallied in response last month.