Shares of Walgreens Boots Alliance (NASDAQ:WBA) were jumping 6.1% higher as of 11:00 a.m. EST on Monday. The nice gain came after Bloomberg reported that private equity firm KKR made a formal offer to take the pharmacy giant private through a leveraged buyout.

It's important to note that the story about the reported deal to take Walgreens private is based on unnamed sources who are said to be familiar with the closed-door discussions. At this point, neither Walgreens nor KKR has commented publicly on whether talks are underway. 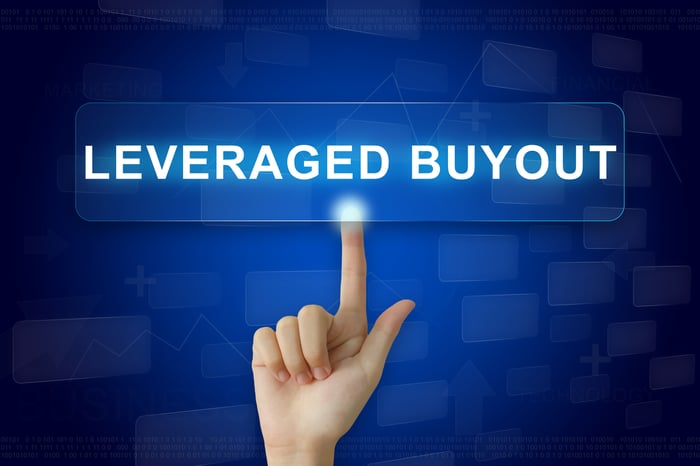 That being said, it wouldn't be surprising for KKR to consider taking Walgreens private. The private equity firm acquired Alliance Boots in 2007, with Stefano Pessina cheering the deal on. Pessina became CEO of Walgreens Boots Alliance in 2015 after Walgreens acquired all of Alliance Boots.

It's also not surprising that Walgreens would consider going private. The company faces stiff competition that's only getting more intense, particularly with Amazon.com making moves to enter the pharmacy market. Walgreens is trying to cut costs to eke out higher profits, but those cost-reduction efforts actually caused the company's earnings to fall year over year in the fourth quarter.

The devil is in the details with these kinds of leveraged buyouts, though. It's quite possible that nothing will ultimately materialize from the reported talks between KKR and Walgreens.

We'll probably know fairly soon if there will really be a deal between KKR and Walgreens. In the meantime, the best approach is the same as it should always be when investing in stocks: Focus on the business prospects instead of the stock movement. Only consider buying Walgreens Boots Alliance stock if you'd buy it without the potential for a deal with KKR or any other private equity firm.