If investors were expecting Axon Enterprise (NASDAQ:AXON) to deliver a third-quarter earnings surprise (as they should have been), they got what they were looking for: The Taser maker delivered record revenue for the period and raised its full-year sales guidance.

The company fully resolved the production issues that caused Axon to stumble in the second quarter, and with numerous programs that all look as though they're firing on all cylinders, this quarterly earnings surprise should be only one of many to come. 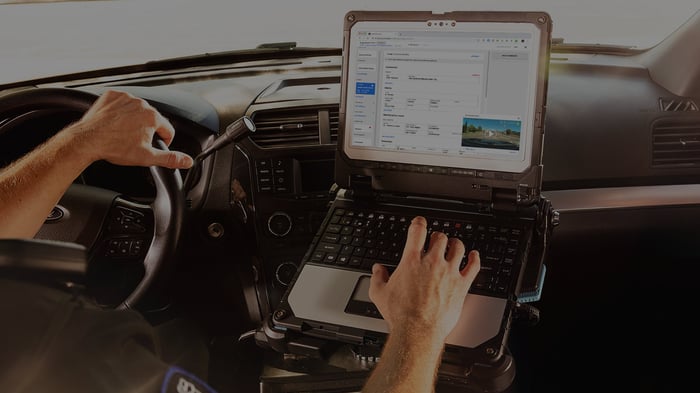 Axon reported revenue jumped 25% to $131 million in the period as the component supplier issue for its new Taser 7 conducted electrical weapon (CEW) and the design changes it made to the stun gun's battery cartridge were fully resolved. The company had expected that the sales shortfall Axon suffered last quarter would give way to rising sales in the third quarter once it took care of that issue, and that's just what happened.

The nearly $72 million generated in Taser sales for the period was almost 13% higher than the year-ago period and over 18% greater than the second quarter. Gross margin did decline year over year by 670 basis points to 63.1%, but that was largely the result of the manufacturing issue it suffered, while the design changes will eventually lead to substantial cost reductions in making the components.

Software and sensor sales continue to climb higher, up more than 42% year over year to over $34 million for its Axon Cloud business, and 45% higher for sensors, which are its Axon Body cameras. Gross margins for both of those divisions also continue expanding.

Individually, each of the segments' growth portends a bright future for Axon Enterprise, but the numbers themselves don't really capture the opportunity presenting itself to the company. There is much more going on behind the scenes that suggests Axon is going to see not only larger sales growth, but substantially greater margin expansion.

Axon's Officer Safety Plan (OSP) bundles hardware like the Taser 7 and Axon Body 3, the company's newest body camera system, together with software options, such as its cloud-based records management system, Axon Records, and Evidence.com, the evidence database system. The collection of products and services sold as one package brings together all of Axon's offerings into one recurring monthly revenue stream.

Axon President Luke Larson told analysts, "This strategic sales pivot has been a huge success, helping us to drive substantial momentum on the software side."

OSP launched on Jan. 1, and over the first three quarters of 2019, Axon has booked over 11,000 "seats" across more than 70 agencies -- Axon charges on a per-officer basis for a law enforcement agency -- and it's looking for that growth to accelerate. It plans to have over 100 agencies on its most profitable plan by the end of the year.

Selling a bundled program obviously helps drive sales across the board, but it's also having the beneficial effect of lifting subscriptions to its Axon Records records management system, a potentially lucrative additional transactional revenue source that also drives extra value for the agency deploying it. Cincinnati apparently was so enamored with the system after installing just one bloc of Records components that it quickly agreed to a department-wide implementation of the entire RMS.

Investors should be aware that the profits from the sale of the packages don't all fall to Axon's bottom line at once, so the margin benefit won't be immediately recognizable on its income statement, but accrue over time. Profit margins will be lumpy quarter to quarter because of it, but as Axon founder and CEO Rick Smith sees it, the benefit to margin levels over time will be significant.

Axon Enterprise's stock was pummeled after its second-quarter earnings report, and even after this more positive read on its busines, Axon shares remain 30% below their 52-week high. While this quarter's performance should cause the stock to make up some of that lost ground, Axon's shares are not cheap even at these depressed levels. Yet this remains a business that looks like it can easily grow into its valuation over the long haul.