Please ensure Javascript is enabled for purposes of website accessibility
Free Article Join Over 1 Million Premium Members And Get More In-Depth Stock Guidance and Research
By John Bromels - Nov 12, 2019 at 12:02AM

Shares of biopharma company Reata Pharmaceuticals ( RETA 6.38% ) climbed 156.7% in October, according to data from S&P Global Market Intelligence. Shares had been stagnant since January.

Reata's big month came in three stages. First, shares increased by a modest 13% after the company announced it was buying back the rights to develop, produce, and market a series of next-generation Nrf2 activators, including bardoxolone and omaveloxolone. Nrf2 is a protein that regulates antioxidant production and helps prevent cell damage. The rights had formerly been licensed to Reata's partner AbbVie. 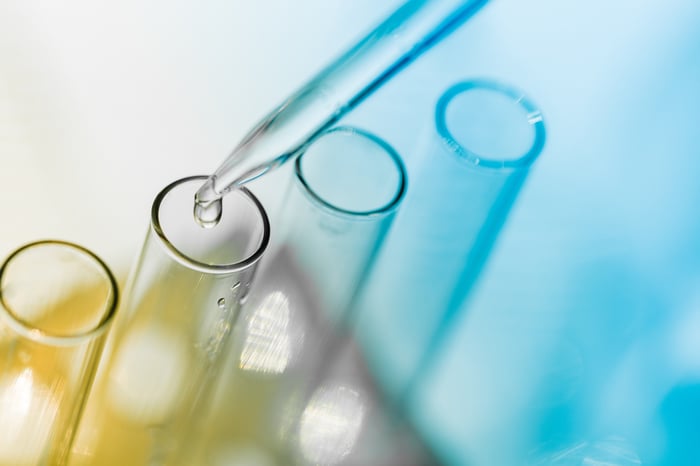 A top drug class has been the gift that keeps on giving for Reata. Image source: Getty Images.

But the big jump -- 57% -- came on Oct. 14, when Reata announced the positive top-line results of a midstage trial involving one of those drugs, omaveloxolone, and its potential to treat Friedreich's ataxia, a neurodegenerative disease caused by abnormally low levels of a protein called frataxin. Nobody is sure what frataxin's function is in the body, but it's prevalent in the kidney, liver, and heart and seems to be related to the body's assembly of iron-sulfur clusters. In the trial, patients treated with omaveloxolone over 48 weeks saw statistically significant benefits compared with those who took a placebo.

The results were particularly significant because Friedreich's ataxia currently has no approved treatment for slowing the progression of the disease. Over the next several days, as the market digested this news, Reata's shares rose an additional 30.5% for a total gain of 156.7% for the month.

The next step for Reata, of course, is to try to get omaveloxolone approved by the FDA and other regulatory agencies as a treatment for Friedreich's ataxia. Given the lack of any current approved treatment, swift action would seem likely, but of course, there's no guarantee.

For investors looking for big gains from pharmaceutical stocks, the ship has probably sailed as far as this particular drug and this particular disease are concerned. Yes, full FDA approval would probably boost shares a bit further, but they've already gone up so much that the biggest gains are almost certainly in the rearview mirror.

However, it's worth noting that Reata has now had two recent successes with this drug class: On Nov. 11, the company reported positive results from a phase 3 trial of bardoxolone to treat chronic kidney disease caused by Alport syndrome. The stock barely budged in response.