Please ensure Javascript is enabled for purposes of website accessibility
Log In Help Join The Motley Fool
Free Article Join Over 1 Million Premium Members And Get More In-Depth Stock Guidance and Research
By Royston Yang - Nov 13, 2019 at 6:22AM

American Tower Corporation (AMT 1.49%) is one of the leading owners and operators of telecommunication towers in the U.S., India, Africa and Latin America. As of its most recent earnings report, American Tower was operating nearly 170,000 towers worldwide. The bulk of its towers are located overseas, but the company still generates the majority of its revenues in the U.S. The company operates as a real estate investment trust (REIT) and has been paying out a growing quarterly dividend over the years.

The company's core business thrives on the predictability of its long-term leases to its tenants. These leases are also anchored by large, reputable clients in the radio, broadcasting and wireless communications industry. With the rapid digitalisation of data and proliferation of smartphones, wireless service providers have been scrambling to upgrade their infrastructure in order to keep up with surging demand. 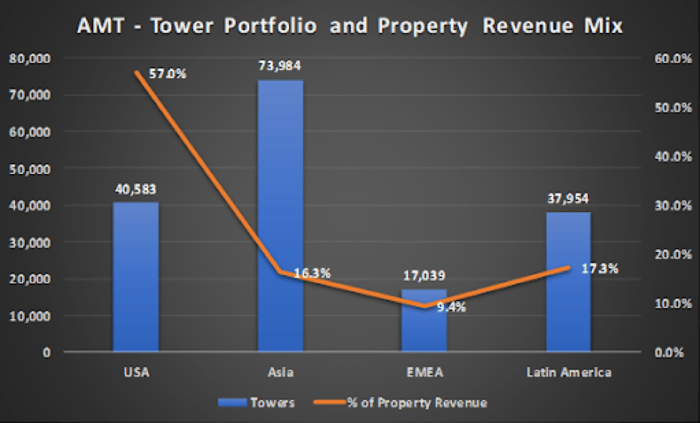 American Tower's business will continue to thrive thanks to increasing infrastructure demands driven by the rise of 5G communications networks and the Internet of Things (IoT).

The development and deployment of fifth-generation (5G) wireless networks in developed nations such as the USA will enable higher speed data services to be provided. As a result, tenants within the wireless space will continue to invest in and deploy additional infrastructure and equipment across their existing networks. This increases the demand for American Tower's communication towers, and also makes tenants willing to pay more for the leases as they are critical to their network infrastructure setup. 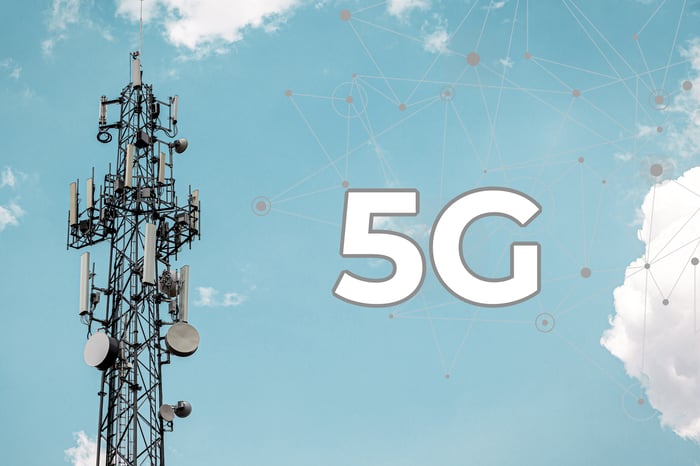 5G implementation is proceeding rapidly in many places around the world. In the U.S., 5G is expected to pass 50% of total connections, according to a GSMA intelligence study. Another estimate from Markets And Markets projects that 5G infrastructure market will grow at a compound annual growth rate of 67% from 2019 to 2027, reaching a market size of US$47.8 billion from the current US$784 million.

James Taiclet, chairman and CEO of American Tower, also commented during the recent earnings conference call that "from a cost efficiency and practical perspective, 5G is the logical and necessary next step in network evolution."

The second major tailwind for American Tower is the "Internet of Things." The IoT is characterized by a network of interrelated devices that can communicate with one another seamlessly in real time. Though the technology is still in its nascent stage, there have been significant investments made to develop IoT technology in areas such as self-driving cars.

The rapid development of these technologies could lead to a higher demand for American Tower's communications real estate over time. American Tower has set up trial edge data centers at several US tower sites and also acquired a mid-size interconnect facility in Atlanta earlier in the year. Management intends to use these moves to develop knowledge about potential edge computing business models and work together with prospective future tenants as they evolve their approaches in the space.

Bain's latest market research predicts that the IoT market will double by 2021 to around US$520 billion from the US$235 billion spent in 2017, with data center and analytics being the fastest-growing IoT segments, according to Bain Capital estimates.

A tower of strength

American Tower is in a position of strength, as its growing portfolio of communication towers stand it in good stead for continued, steady growth. With strong growth anticipated in both 5G networks and IoT technologies, the company is literally in the right place at the right time. The REIT also paid out a trailing 12-month dividend of $3.61, giving the shares a dividend yield of around 1.7%. The quarterly dividend has more than tripled over the last six years, so investors can enjoy rising income while waiting for the above catalysts to play out.