On Tuesday, Nov. 12, the major stock market indexes were flat to up very slightly, though more stocks declined than rose.

As is nearly always the case, some stocks continued to move higher and set new annual highs during the trading day. Of finviz.com's universe of 3,506 stocks, small-cap and larger, 201 -- less than 6% -- fell into this rather exclusive club. 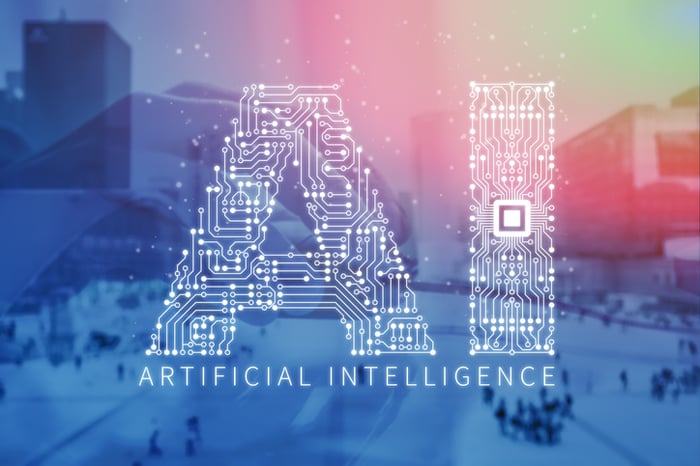 NVIDIA started life as a maker of graphics processing units (GPUs) for computer gaming. That's a huge and growing market in which the Silicon Valley-based company is the market leader. But the main impetus for the stock's taking off a few years ago was NVIDIA's success in its newer businesses, namely its artificial intelligence-driven data center and driverless vehicle-powered auto platforms.

Along with these massive growth trends, it's also involved in just about every other major emerging technology trend, including virtual reality, drones, smart cities, and more. Moreover, the company is led by its founder, Jensen Huang, who has proven to be very shrewd.

NVIDIA's results have begun recovering nicely from the hit it took starting in the fourth quarter of last year. That's when the gaming business was stuck with a glut of graphics cards due to the cryptocurrency bust, which was soon followed by a slowdown in the data center business. Investors will soon learn how the rebound is progressing, as NVIDIA is scheduled to report its third-quarter results for fiscal 2020 on Thursday, Nov. 14, after the market closes. (Here's what to watch in the company's Q3 report.)

Insulet, based in Massachusetts, is the leader in tubeless insulin pump technology. Its wearable Omnipod is marketed to people with type 1 and insulin-requiring type 2 diabetes. Folks with these conditions have been embracing the pump, finding it more convenient than either multiple daily injections or pumps with tubes. The Omnipod should win over even more converts when Insulet launches its Horizon system, an automated insulin delivery system that uses a DexCom continuous glucose monitor. This rollout is planned for late 2020.

The number of people diagnosed with type 2 diabetes in the United States and other developed countries continues to grow at a solid pace, driven by the aging and "heavying" of the population.

In the third quarter, Insulet's revenue jumped 27% year over year and adjusted earnings per share tripled. Thanks to the company's better-than-expected results and strong start to the fourth quarter, management increased its full-year revenue guidance and now expects revenue growth of 28% to 29% year over year.

Is either of these stocks a buy?

I'd unhesitatingly call NVIDIA a buy for most long-term investors, excepting those who are quite conservative and/or income oriented, as the company's dividend isn't worth mentioning. (The yield is just 0.3%).

Insulet is worth considering if you're a risk-tolerant investor comfortable with stocks with sky-high valuations -- meaning that they could be quite volatile. Ideally, you should also be willing to keep up with the broader diabetes market.