Please ensure Javascript is enabled for purposes of website accessibility
Free Article Join Over 1 Million Premium Members And Get More In-Depth Stock Guidance and Research
By Greg Jones - Nov 13, 2019 at 6:00AM

Persistent bad news has driven the tobacco company to its lowest valuation in 10 years. It’s time to have a second look.

Mahatma Gandhi famously said, "Hate the sin and not the sinner," which is sometimes misquoted as, "Hate the sin but love the sinner." As one of the largest global manufacturers of tobacco and alcohol products, Altria ( MO 1.16% ) is the consummate sin stock. But an investor in Altria has felt anything but love for it -- its share price has fallen close to 40% over the past year.

This underperformance has been triggered by an almost daily onslaught of negative headlines on issues such as vaping-related health concerns, regulatory issues, and a deteriorating tobacco market. But with shares now trading at their lowest valuation in 10 years and a dividend yield approaching its peak spread versus treasuries, Altria looks compelling at current levels. 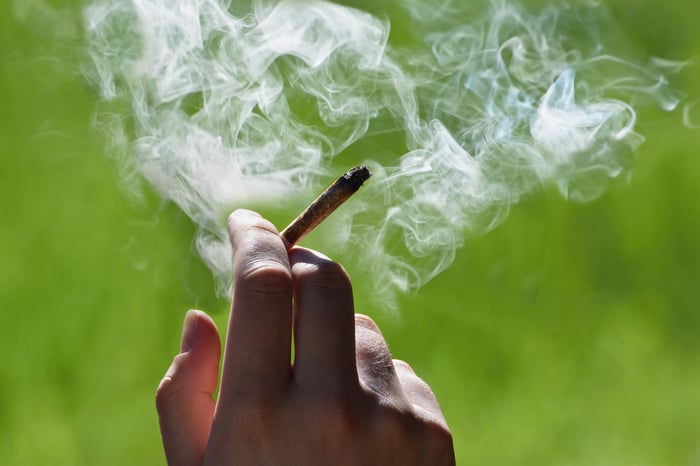 Look below the headlines

Altria's Q3 earnings highlighted the various issues facing the company. Cigarette volumes fell 7%, far exceeding the 4% to 5% decline that was expected. Altria also had to write down its investment in Juul Labs -- the vaping company in which it had recently invested $12.8 billion for a 35% stake -- by $4.5 billion. Yet despite this, Altria still managed to grow its adjusted earnings per share (EPS) by 10.2%, exceeding expectations, on the strength of recent price hikes and cost reductions.

Yes, volumes are declining in the tobacco market. But Altria and other tobacco manufacturers have always been able to raise prices at a pace higher than the volume declines, and this trend can continue well into the future. Morningstar estimates that the U.S. cigarette market is the fourth most affordable among OECD nations and that Altria should continue to generate excess returns on its capital for the next 20 years.

Meanwhile, Altria has been gradually diversifying away from cigarettes, as reflected in a 10% stake in Anheuser-Busch InBev, an increasing portion of sales derived from wine and smokeless tobacco and a recent investment in cannabis producer Cronos Group. Even its investment in JUUL Labs, despite the negative headlines, can be viewed through the lens of diversification. There is evidence that vaping products have cannibalized sales from cigarettes, and what is bad news for one is good for the other. Indeed, the increasing regulatory scrutiny over e-cigs could provide a tailwind for Altria's cigarette sales. Altria also has the distribution rights for IQOS heated product, which should stem some of the volume declines in the US.

Altria pays you to be patient

Although Altria is cheap relative to its historical range as well as to the market, perhaps the most compelling reason to own the tobacco stock is its dividend, which has grown consecutively for 50 years. With a dividend yield of over 7%, an investment in Altria would pay for itself in a little over 13 years, even if the shares went to zero.

Some investors may be worried about Altria's ability to continue to fund its dividend. However, with a payout ratio of a little over 60% versus a capital return target of 80%, and an $18 billion stake in Anheuser-Busch InBev, Altria has the wherewithal to meet its dividend growth commitments.

Maybe a more apropos quote than Gandhi's is one by Mark Twain about sin: "There is a charm about the forbidden that makes it unspeakably desirable."