The strategy appears simple enough. Amazon (NASDAQ:AMZN) Prime members are known to spend more than non-Prime customers on the company's site, so the e-commerce giant makes its Prime membership as compelling as possible to purchase and to renew. It couldn't hurt to reduce the number of different subscription-based services Amazon offers, either, just to simplify its marketing message.

Except maybe the recently ramped-up push of its Prime service isn't as much of an offensive move as it is a defensive one. The trends and data as a whole quietly suggest Amazon is running out of ways to grow, and adding more benefits to Prime might cost the company relatively more than it helps. 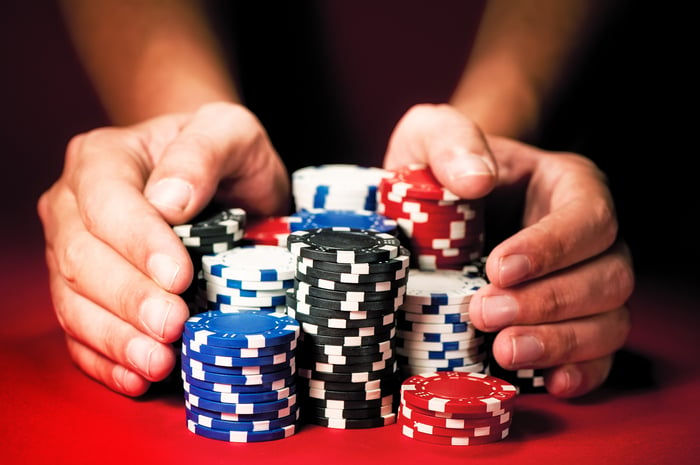 In 2015, when Amazon announced free one-day deliveries for Prime member purchases of more than $35 in 14 U.S. cities, it was seen as a triumph of the company's logistical prowess and scale. The added shipping costs would somehow pay for themselves. Ditto for the addition of a streaming music service to the Prime platform a month later. Indeed, Amazon has regularly added features to Prime since its inception.

This year, however, has seen a sweeping and expensive degree of additions to the service.

The biggest among those was June's debut of free one-day shipping on millions of additional items without the usual $35 minimum order Prime members were required to make. Since then, albeit without any official fanfare, a wide swath of $1 and $2 items were made eligible for one-day delivery. And just last month, Amazon dropped its $14.99 monthly delivery charge for groceries bought using AmazonFresh, although these customers will still need to pay the $119-per-year cost for Amazon Prime to qualify for free shipping of groceries.

In some ways, this was always the bigger plan. CEO Jeff Bezos has been building an ecosystem that monetizes consumers in multiple ways, and Prime is the proverbial glue that keeps them in that ecosystem. It's proven an effective tool to that end, too, as Prime members spend nearly twice as much with Amazon per year as non-Prime members do.

We may have reached the tipping point, however, at which Amazon has to accelerate its spending to keep Prime attractive, while consumers are less and less responsive to those new features.

Slowing down when it should be speeding up

There's never been a better time to be a Prime member. From music to on-demand video to free one-day shipping on pretty much everything, Amazon offers consumers plenty of value for their annual $119 fee.

Yet interest is tapering off. Consumers Intelligence Research Partners (CIRP) reported in July that, as of June of this year, it estimated there were 105 million U.S. Prime customers, an increase of just under 4% from 101 million at the end of last year. But results from a First Insight survey suggest a saturation point may be near. Of the 1,000 respondents polled this year, 52% of them said they were Prime members, a significant drop from the 59% who said they were a year earlier.

That waning membership growth is made even more alarming because the company announced free one-day shipping would be the standard for Prime members in April, and it gave consumers a couple of months to sign up. They didn't ... at least not in a big way.

Saturation could be a cause for the headwind. CIRP's numbers suggest that 82% of U.S. households are already Prime members, and it's arguable that a wide swath of the remainder will never sign on. It's also possible that rival sellers of all sorts of discretionary goods, electronics, and even food have finally figured out how to compete with the e-commerce behemoth.

Whatever the cause, last quarter's numbers tell us a great deal about the initial costs versus the benefits of expanding Prime's one-day shipping options. Revenue grew 24%, but worldwide shipping costs grew 46% year over year. Marketing costs were up 44%, too, leading the company to its first quarterly earnings dip in two years.

Translation: The extra cost of expanded one-day delivery has not yet paid for itself.

Look for an improving ROI

"Amazon may be running out of ways to use 'free' or 'no charge' or 'next day,'" Jeff Sward, founding partner with Merchandising Metrics, told retail trade publication RetailWire this month. He added:

Spoiling the customer is certainly a great competitive weapon, but in this case it's expensive and I question the sustainability of the practice. Maybe the practice of "free" is forever, but the Prime membership fee is destined for a [price] hike. That will be an interesting moment.

It's "interesting" because more than half of Prime members at the time said they'd cancel their subscription when the price went up from $99 per year to $119 last year.

Sure, it's possible last quarter was a one-off and that it could take several quarters for the new-and-improved Prime to start justifying its added operating costs with even greater sales and income growth. Subscribers might stick around despite their threats. That's a huge leap of faith for the company to take, though -- and, by extension, for investors to take with it. It's just as possible Amazon could continue to add features to Prime, spending more by doing so, and still not incite membership growth that would theoretically drive profitable revenue growth.