Shareholders were quite pleased with net U.S. dollar revenue growth.

Given that its operations are confined chiefly to Latin America, home to some of the most inflationary economies in the world, Arcos Dorados Holdings' ( ARCO ) third-quarter revenue increase of nearly 4% can be interpreted as impressive. Investors certainly lauded the progress, as shares of the world's largest McDonald's franchisee were trading up by more than 5% on Wednesday following its pre-market earnings release. As we dive into Arcos' report, note that all comparative numbers refer to those of the prior-year quarter.

Highlights from the report 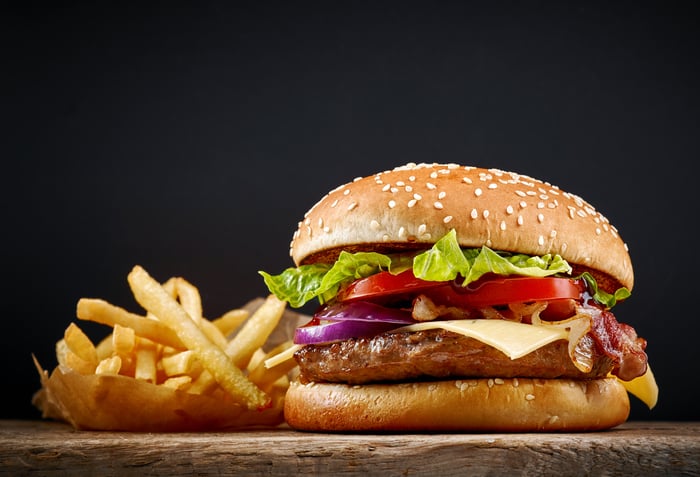 In Brazil, our largest market, we captured additional market share and continued outperforming our sector achieving 11% comparable sales growth, while in Mexico we delivered our 10th consecutive quarter of revenue growth, also above inflation. Given the operating leverage we have achieved with a leaner cost structure, the quarter's robust top-line growth drove our consolidated margin 120 basis points higher, excluding the tax benefit.

With the significant sales lift that our [Experience of the Future] restaurants continue generating, we are extending this format to six new markets, ending the year in 10 countries. Downloads of our mobile app nearly doubled last year's level. Our popular app is a direct customer channel for marketing communications and promotions, many of which helped drive traffic in the quarter and now represents an increasingly valuable strategic asset for the company.

Rabach noted that Arcos is gaining traction from a qualitative focus on the organization's three-pillar strategy, comprised of improved customer service, relevant and "desirable" menu offerings, and heightened restaurant-level execution. It's also becoming apparent that as global economic growth moderates, the classic value proposition of the McDonald's brand is resonating with Latin American consumers. Currently at 21 times forward earnings, Arcos Dorados is a fairly priced restaurant stock. But if macroeconomic conditions begin to deteriorate, Arcos' restaurant traffic -- and its share price -- may both experience a tangible benefit.