On October 25, 2019, the lead item in the U.S. Pentagon's daily digest of contract awards announced that Microsoft Corporation (NASDAQ:MSFT) had won a 10-year contract to provide cloud-based "enterprise level, commercial Infrastructure as a Service (IaaS) and Platform as a Service (PaaS) to support Department of Defense business and mission operations."

The contract's value: $10 BILLION. And now we know that none of that money will be going to Microsoft's archrival in cloud computing, Amazon.com (NASDAQ:AMZN).

This wasn't always such a sure thing, though. 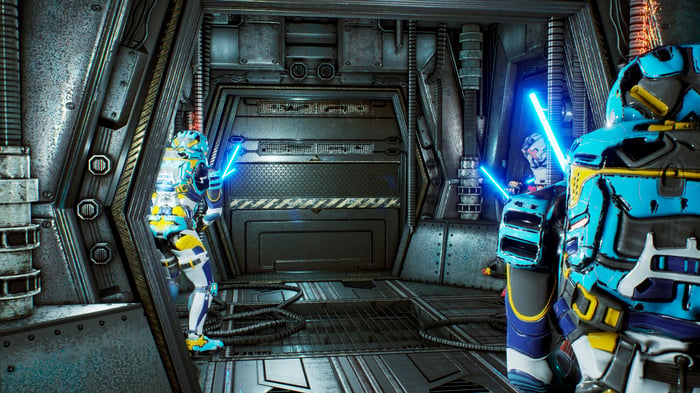 As recently as July, the Pentagon had whittled down the $10 billion contract for Joint Enterprise Defense Infrastructure (JEDI) services to just two companies: Amazon and Microsoft. Most analysts believed that Amazon and its AWS business were the front-runners, so last month's announcement came as something of a surprise.

Indeed, probably no one was more surprised than Amazon itself. In a statement following the Pentagon's announcement, AWS said it was "surprised about this conclusion" because "AWS is the clear leader in cloud computing, and a detailed assessment purely on the comparative offerings clearly lead to a different conclusion."

What's more, there are already allegations surfacing that someone may have put a small finger on the scale to tip the Defense Department's decision in Microsoft's favor.

In an upcoming tell-all book, ex-Trump Administration Secretary of Defense General Jim Mattis mentions in passing how, early in the contracts award process, President Trump told him to "screw Amazon" out of the JEDI contract, and hand the contract to someone else, regardless of the merits of the competing bids. Mattis declined, insisting "this will be done by the book, both legally and ethically."

That was in 2018, however. Mattis resigned his position on January 1, 2019, and it's unknown whether the White House put renewed pressure on the Pentagon to reject Amazon's bid in the 10 months since.

What's next for Microsoft

However Microsoft won the JEDI contract, this comes as great news for the company, which had been experiencing a slow-down in the growth rate of its Azure business. (Though at 59% growth in Q3, Azure is hardly growing slowly.)

This single contract award could be worth close to three-quarters of the revenue Microsoft will book from Azure this year, and at very high profit margins. Even spread over 10 years, the addition of 10 billion new defense dollars to Azure is sure to reaccelerate the division's growth rate.

What's next for Amazon

It's sure to reaccelerate that growth rate -- if Amazon doesn't derail the JEDI contract award by challenging it in court.

In recent years, when one company has won a large-denomination Pentagon contract, the loser has often alleged that the Pentagon made a mistake -- sometimes making statements like "a detailed assessment purely on the comparative offerings clearly leads to a different conclusion," or words to similar effect.

In a process that can take years to resolve, such challenges generally begin with an appeal to the Government Accountability Office (GAO) before proceeding to the U.S. Court of Federal Claims.

Curiously, Amazon has not yet filed a challenge with the GAO, but it still has time to appeal the JEDI award in court, alleging either that the Trump Administration put a finger on the scales, or that the Pentagon simply made a mistake and that the best bid did not win. Should Amazon go this route, there's still a chance that AWS could pull out a win on JEDI -- and that Microsoft could lose.

Adding to the confusion, at least one of the companies that failed to progress to the finalist stage in the JEDI contract contest -- Oracle (NYSE:ORCL)-- is still pursuing legal options to get Microsoft's victory overturned. Appealing an undesirable lower-court verdict, Oracle is alleging that conflicts of interest within the Defense Department itself "corrupted" the awards process entirely.

A successful appeal by Oracle probably wouldn't win it the contract outright, but it could force the Pentagon to rebid the contract entirely, reintroducing not just Oracle, but also another rejected bidder -- IBM (NYSE:IBM) -- into the mix. Should that happen, it's anyone's guess who will emerge on top.

In short, while Microsoft is winning right now, there's still the potential for a disruption in the Force -- and for another company to walk away with the Pentagon's JEDI contract.