If you don't work in the information technology sector or aren't a programmer yourself, it can be difficult to be familiar with non-household names in the cloud computing industry. I have researched cloud companies large and small, and one stands out for the services it offers its corporate clients: Paycom Software (NYSE:PAYC). This company has produced consistent results over recent years and still has a compelling case for growth.

Paycom provides a cloud-based human capital management (HCM) software solution that is delivered as software-as-a-service (SaaS) and offers several applications, including talent acquisition, payroll, and talent management. With a one-year stock price gain of 73.4% and a five-year return of 889.2%, can the company continue to deliver this level of exceptional performance for its investors? 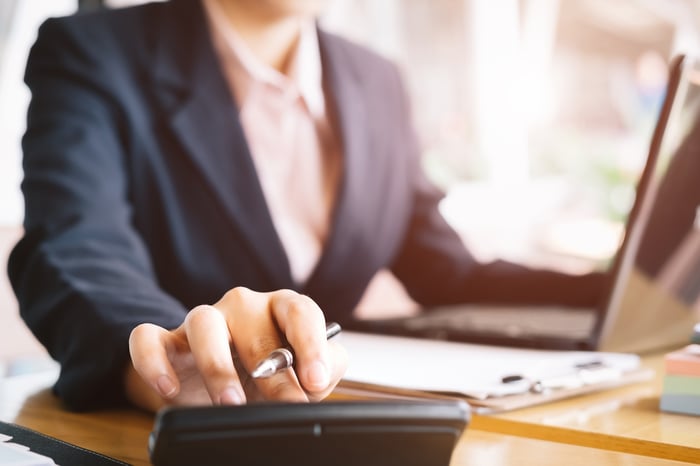 With its average annual retention rate of 92%, how can Paycom retain its existing client base while increasing its global SaaS market share?

First, it is important to look at its latest performance numbers. Paycom posted year-over-year revenue growth of 31% for the quarter ended June 30, 2019, versus 13.2% for the industry, according to Thomson Reuters StockReports. To maintain this rate of growth, Paycom will need to achieve the $729 million in annual sales it is predicting for 2019.

What Paycom and its direct competitors are pursuing is the 18.1% four-year compound annual growth rate that research firm Gartner says the global SaaS market will achieve from 2017 to 2021. How can Paycom capture an increased share of this growth? The company will rely on a proven salesforce as well as two new functionalities to an existing platform to raise revenue. By raising its target client company size from between 50 and 2,000 employees to between 50 and 5,000, Paycom can secure more of the SaaS market.

The company has made strides in adding to its total of more than 23,500 existing customers. On April 4, it announced the launch of Direct Data Exchange, a management analytics tool that gives employers knowledge of efficiencies obtained through employee human resource technology usage. On July 30, it introduced Ask Here, a new communications system (with an easy-to-remember name!) that will give employees a direct line of communication for work-related inquiries.

CEO Chad Richison stated on the company's third-quarter earnings call that Direct Data Exchange has been introduced to all current clients and that Paycom is generating leads from prospective clients "above our stated targeted range." He also conveyed that although these products are available to clients without additional charge, it is important to Paycom to have all clients utilizing the entire platform to its full capacity.

It is safe to say that management is confident about its new sales prospects. These new functionalities can further cement Paycom's position as a niche player in the human capital management software solution space.

The competition and other threats

A key issue is how direct competitors ADP and Paylocity will counter Paycom's growth strategies. ADP has reportedly moved its entire midmarket customer segment to its internal SaaS solution. Paylocity has a 92% client retention rate, competitive with that of Paycom. Also, what if cloud industry giants Microsoft and Oracle continue to grow their software market revenue? Microsoft recently announced a 30% increase in revenue for its server products and cloud services for the first quarter of fiscal year 2020.

There are also new entrants to contend with. Three cloud computing companies -- Zscaler, DocuSign, and Avalara -- have seen their stock market valuations more than double since going public in 2018. But as with most newly public companies, earnings projections are hard to make because these businesses have such short track records in reporting their results.

Paycom can compete with both new and more established competitors. One of Paycom's key strengths is its consistency. The company has held its retention rate relatively steady for six consecutive years (raising it by 1 percentage point in 2018), so it knows how to properly serve its customers and respond to competitors attempting to carve into its market share. As stated earlier, Paycom has beaten the industry average in revenue growth by more than 17 percentage points.

Contending with more generic threats such as defending against cyberattacks that increasingly threaten the cloud and the Internet of Things and retaining hard-to-replace technical staff such as experienced software engineers are risks that all companies in the SaaS space have to be vigilant against. There is no evidence to suggest that Paycom has any special vulnerabilities in regard to keeping its intellectual property secure or that it is weak with employee retention.

I am confident that Paycom's renewed sales efforts and new products will add to the company's revenue and make it a leader in the global SaaS market. Although it is yet to be determined how Paycom's new facility in Grapevine, Texas, will impact revenue, the company has indicated that building this new location represents a possible expansion. The site is under construction in 2019 and is due to open in 2020. Paycom's press release in June stated that while some operations personnel would be relocated from elsewhere in Texas to Grapevine, the number of employees at the site could expand to several hundred and possibly reach up to 1,000. That's a big increase for a company that had 3,050 total employees at the end of 2018.

Overall, the stock looks promising and will likely sustain its growth over the next several years.

Editor's note: A previous version of this article stated that Paycom's average annual client retention rate is 91%, and that Richison "did not reveal whether clients are charged extra for Direct Data Exchange or Ask Here." The Fool regrets the errors.