Please ensure Javascript is enabled for purposes of website accessibility
Free Article Join Over 1 Million Premium Members And Get More In-Depth Stock Guidance and Research
By Evan Niu, CFA - Nov 14, 2019 at 7:00AM

The House of Mouse has used a number of strategies to jump-start subscriptions.

On Tuesday, Disney ( DIS 0.29% ) launched Disney+, which is one of the most important products the media and entertainment conglomerate has introduced under CEO Bob Iger. In case there was any doubt about demand, Disney shattered that notion by announcing that the service grabbed a whopping 10 million sign-ups on the first day. Disney+ suffered from some minor hiccups initially due to strong demand that overwhelmed the company's content delivery infrastructure, but those issues were quickly rectified.

Investors applauded the news, sending the blue chip stock surging in the wake of the announcement. 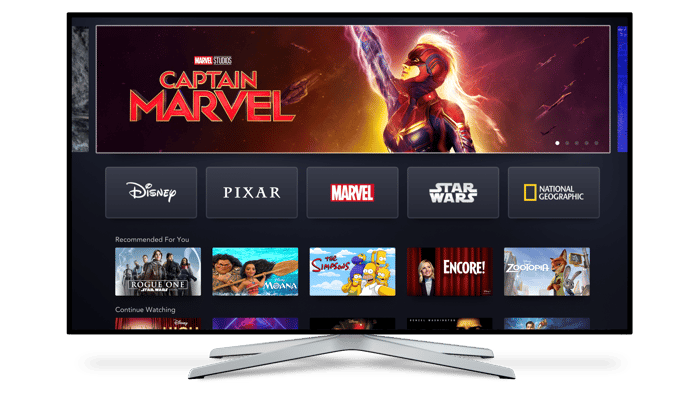 Keep in mind that the 10 million sign-ups will include a number of free trials; Disney offers a seven-day free trial to give users a test drive of the video-streaming service. The bigger test will be how many of those trial users will choose to renew their subscriptions for $7 per month or $70 per year.

Third-party estimates from analytics company Jumpshot pegged pre-launch subscriptions at 1.9 million. Those pre-launch sign-ups would include a promotion that Disney ran earlier in the year for D23 members that included three years of service for approximately $141, which translates into less than $4 per month.

There's also a separate promotion from Verizon that includes a free year of Disney+ to certain customers with unlimited data plans or 5G home internet. Unlike free trials, Disney will get paid through the distribution deal with Big Red. "It's a wholesale deal to us, so we will get paid for that," Iger told CNBC last month. "And they will also support us with a lot of marketing."

Iger also expressed confidence that the Verizon partnership will "have a significant effect" in "jump-starting subscriptions."

Marching toward 60 million to 90 million

The initial launch only includes three markets: the U.S., Canada, and the Netherlands. Disney+ will come to Australia and New Zealand on Nov. 19, followed by countries in Western Europe -- the U.K., France, Germany, Italy, and Spain, among others -- at the end of March 2020, Iger said on the earnings call last week. At the time, Iger had declined to quantify what kind of pre-launch interest Disney was seeing.