Please ensure Javascript is enabled for purposes of website accessibility
Free Article Join Over 1 Million Premium Members And Get More In-Depth Stock Guidance and Research
By Jeremy Bowman - Nov 14, 2019 at 9:57AM

It's a rare Achilles heel for the tech giant, and no one is talking about it.

It's official. Amazon ( AMZN -1.38% ) is opening up its own grocery store, separate from the Whole Foods banner it acquired two years ago.

The tech giant will be opening a supermarket in the Woodland Hills neighborhood of Los Angeles next year, according to a spokesperson from the company. The announcement was made after Amazon posted job openings on its website. The news was first reported by CNET.

The new store will allow Amazon to carry products like Coca-Cola that are banned at Whole Foods due to its ingredient quality standards, and for Amazon to sell lower-priced products than those typically found at Whole Foods.

Amazon divulged a few details on the new store, noting that it will not use the "Just Walk Out" technology from Amazon Go stores, but the company's ambitions to break into the $800 billion U.S. grocery industry have been apparent for a while. Amazon launched its Fresh grocery delivery service in 2007, eventually expanding it to more than a dozen cities before it acquired Whole Foods in 2017, ramping up its grocery ambitions. Just two weeks ago, Amazon announced free grocery delivery for Prime members in more than 100 cities across the country, and it's also opened grocery pickup stations in its hometown of Seattle.

Despite its ambition, the company's ability to break through and become a major player in groceries, in the way it's disrupted so many other industries, is anything but a given.

Amazon faces intense competition in this low-margin business from entrenched operators like Walmart, Kroger, and Costco that have thousands of stores across the country and finely tuned supply chains to go with them. Those companies will also go to great lengths to defend their market share from Amazon, as they've demonstrated recently with programs like online grocery pickup and free two-day shipping.

But Amazon's biggest challenge in groceries isn't competition or even its own lack of stores or experience. It's the company's reputation among suppliers, because trust from suppliers will be critical for launching a nationwide brick-and-mortar supermarket chain. 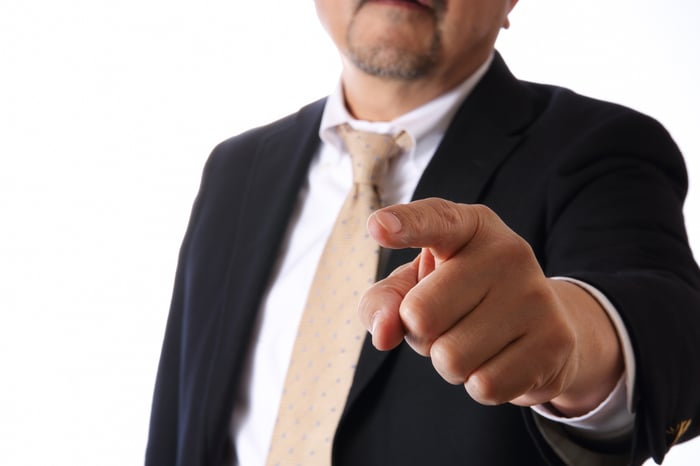 Throwing its weight around

Amazon is known for its high levels of customer satisfaction, but as a customer itself, Amazon has left more than a few of its vendors less than pleased.

In perhaps the most famous case, Amazon angered book publishers when it priced e-book titles for $10, less than the prices publishers prefer to set. Publishers usually set prices closer to $15, which they claim is necessary to make the book business sustainable. Amazon was happy to take a loss on some e-book sales in order to grow market share and eliminate competition, knowing that customers prefer lower prices, and even went as far in the dispute as to discourage buying from one publisher, Hachette, by delaying shipments and removing a preorder button. In the end Amazon was forced to make some concessions, but it became clear that the company's monopoly in book sales was a problem for publishers.

More commonly, Amazon learns from its suppliers and then copies them when it sees certain products are selling well. In 2013, for instance, Amazon set up shop at Procter & Gamble warehouses so the e-commerce company could easily and conveniently ship out orders of products like Tide detergent and Gillette razors. The special treatment gave Amazon an edge over competitors, but a few years later Amazon had become one of P&G's biggest competitors, at least online. Amazon launched a slew of household products brands, including Amazon Elements and Mama Bear, that gave it a significant share of the online market in core P&G categories. In diapers, for instance, Amazon held 15% online market share by 2017, according to Recode.

Amazon has done the same thing with smaller suppliers, taking hot products like laptop stands, as a Bloomberg report detailed, and essentially copying them and underpricing them. As it pushes further into private-label products, Amazon has become a direct competitor with more of its third-party merchants. Since Amazon controls half the country's online sales through its website and app, it also has a unique ability to promote its own products over competitors', giving it an additional advantage.

The difference between Amazon's marketplace and its fledgling supermarket chain is that these third-party sellers need to be on Amazon because that is the source of so many of their sales.

That's not the case with an Amazon supermarket. In fact, in many ways it's the opposite. As the company tries to build out a brick-and-mortar supermarket chain from scratch, it lacks the scale of an established leader like Walmart or Kroger that suppliers can count on for high-volume sales. Because of the size of the company and its reputation for low prices, however, Amazon is likely to strong-arm suppliers as if it were one of the industry giants.

That's likely to be a tough sell for industry suppliers, especially given Amazon's history with other vendors. Though Amazon does offer the promise of growth, it will likely come at a cost of margins being squeezed and products being copied.

As Amazon launches its new chain, keep an eye on how suppliers big and small react. Without their buy-in, the new chain won't succeed.