All you had to do was look at the big drop in Canopy Growth's (NASDAQ:CGC) shares in early trading on Thursday to know how things went in the company's fiscal 2020 second-quarter results. The short answer: horribly.

Analysts expected the Canadian cannabis producer to report net revenue of 90.6 million Canadian dollars with a net loss of CA$0.41 per share. Instead, Canopy delivered net revenue of only CA$76.6 million with a net loss of CA$374.6 million, or CA$1.08 per share. This huge loss stemmed in part from a restructuring charge of CA$32.7 million for returns, return provisions, and pricing allowances, plus a related inventory charge of CA$15.9 million, all part of the same overstocking issues for cannabis oil and softgel products that plagued the company in the first quarter.

That wasn't Canopy's only problem, though. The company's spending continued to rise rapidly. Canopy spent more on share-based compensation than it generated in revenue during Q2. It nearly spent as much on general and administrative expenses as it made in revenue.

Nearly everything in Canopy's quarterly update was bad news. However, there were three bright spots in the company's otherwise miserable Q2 results. 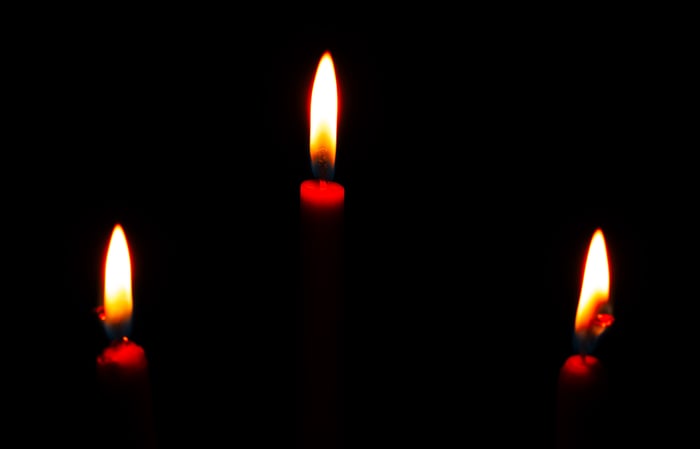 Probably the best news for Canopy Growth in its fiscal Q2 results was a significant improvement in international medical cannabis revenue. The company reported international medical marijuana sales of CA$18.1 million, a 72% quarter-over-quarter jump. There's a catch, though: Most of this growth stemmed from the acquisition of German cannabinoid pharmaceuticals maker C3 in May 2019.

Canopy also delivered a respectable level of growth in the Canadian medical cannabis market. Sales rose 8% quarter over quarter to CA$14.1 million. This growth was fueled by an increased number of registered patients, larger marijuana harvests, and the expansion of product offerings for medical cannabis customers.

Whatever you might think about Canopy Growth founder and former CEO Bruce Linton, his efforts to land Constellation Brands as a partner are still paying off. The most visible example of this is in Canopy's cash stockpile.

Canopy Growth still had CA$2.7 billion in cash, cash equivalents, and marketable securities as of Sept. 30, 2019. That's despite burning through nearly CA$405 million during the second quarter. The good news is that the company's cash burn should taper off in the future.

More than CA$228 million of Canopy's decline in its cash position was due to capital spending related to the building of its infrastructure in Canada. But that build-out is nearly finished. CEO Mark Zekulin said that after five years of ramping up investments, including most recently in facilities for producing cannabis derivatives products, "this marks the end of significant expansion of investments in Canada."

Zekulin stated, "The last two quarters have been challenging for the Canadian cannabis sector as provinces have reduced purchases to lower inventory levels, retail store openings have fallen short of expectations, and Cannabis 2.0 products are yet to come to market." However, there was a sliver of good news for Canopy on the recreational marijuana front.

The company reported that business-to-consumer sales in the Canadian adult-use recreational cannabis market jumped 24% quarter over quarter to CA$13.1 million. These sales came from Canopy's retail stores. It currently has 27 retail locations open throughout Canada under the Tweed and Tokyo Smoke brands.

It's important to note, though, that business-to-consumer sales remain a relatively small component of Canopy's total recreational sales. The company's business-to-business sales in the recreational market fell 15% from the first quarter to CA$49.4 million, excluding the impact of the restructuring charges.

All of Canopy Growth's challenges won't go away overnight. And some of its bright spots from Q2 could dim in the future. For example, the company doesn't expect the kind of international medical cannabis revenue growth seen in Q2 to repeat in the third quarter of fiscal 2020. But there are some reasons to be hopeful about the future for Canadian marijuana stocks in general, and Canopy Growth in particular.

The retail environment is slowly improving, which should help the entire Canadian cannabis industry. Marijuana derivatives products hit the market in mid-December and should drive higher sales next year. International medical cannabis markets in Germany and other countries are also expanding.

It's good news for Canopy Growth that its major capital spending in Canada is drawing to a close. That should enable the company to stretch out its cash. Canopy is also arguably in one of the strongest positions to profit in the Cannabis 2.0 market, as well as in international medical marijuana markets.

Zekulin said that Canopy thinks the current negative market conditions "are a short-term headwind in what is a brand-new industry." For the most part, he's right, although Canopy's huge restructuring charge and continued runaway spending should be blamed squarely on the company itself. Cannabis still is an industry in its infancy, though. Despite its miserable performance in Q2, Canopy Growth could emerge as a big winner over the long term.