Small seeds can grow into large sums with the right stock.

Target ( TGT -1.42% ) was founded in 1881 in Minneapolis. It was originally called the Dayton Dry Goods Company, named after founder George Draper Dayton. Through the first half of the 20th century, Target operated as a department store and never ventured outside of Minneapolis.

Things changed in the 1950s. The growth of the American suburbs provided an opportunity to expand. By 1960, management of the Dayton Company (now Target) considered opening discount stores for the mass market to take advantage of a growing economy.

The first Target store was opened outside of Minnesota in Denver in 1966. Today, Target has more than 1,800 stores that generate $77 billion in revenue. The company's growth has translated to solid returns for investors. 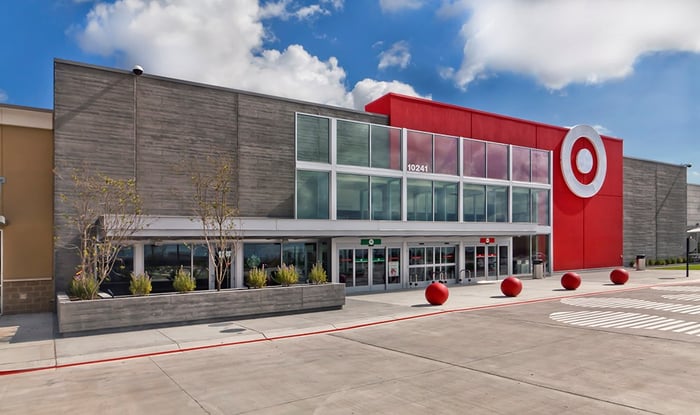 Target (or the Dayton Corporation) had its initial public offering (IPO) at $34 per share on Oct. 18, 1967. There have been six stock splits, including one three-for-one split, meaning shareholders received three shares for every one share they owned at the time. However, stock splits are not free money. You receive more shares, but the stock price is cut proportionally so the value of your investment stays the same.

If you had bought just one share at Target's IPO price, you would own 96 shares after all of the stock splits. Those shares would be worth over $10,800 at current stock levels. Not bad for a $34 investment.

A $500 investment in Target at the IPO price would have purchased 14 shares. That would have turned into 1,344 shares after the stock splits, which would be worth nearly $152,000 at the current stock price. If you're curious what the annual return looks like in percentage terms, that's a compound annual return of about 11.5% per year.

As Warren Buffett has said, "If the business does well, the stock eventually follows." Target has delivered great returns for investors despite recessions, wars, high inflation in the late 1970s, and the current trade war between the U.S. and China.

In the second quarter of 2019, Target reported its best comparable-store performance in more than 10 years on a two-year stacked basis. At the beginning of 2017, management made a decision to invest in better stores. Target has remodeled hundreds of stores, successfully rolled out same-day delivery and a drive-up fulfillment service, and expanded its unique assortment of brands that is clearly winning over consumers.

In 1962, Dayton decided on the name Target for its new store with the iconic bullseye as the logo.Why the bullseye? As the company said at the time, "As a marksman's goal is to hit the center bulls-eye, the new store would do much the same in terms of retail goods, services, commitment to the community, price, value and overall experience."

Target is still living up to that mission to this day, including the commitment to the community. Since 1946, Target has donated 5% of its profits to communities, which translates to millions of dollars per week.