After several days of more or less flat performance, the equity markets saw a healthy rise, and the prices of many stocks commensurately went along for the ride.

Note, however, that "many" does not mean "all," and here are two exceptions. Are these companies buys after their Friday declines? 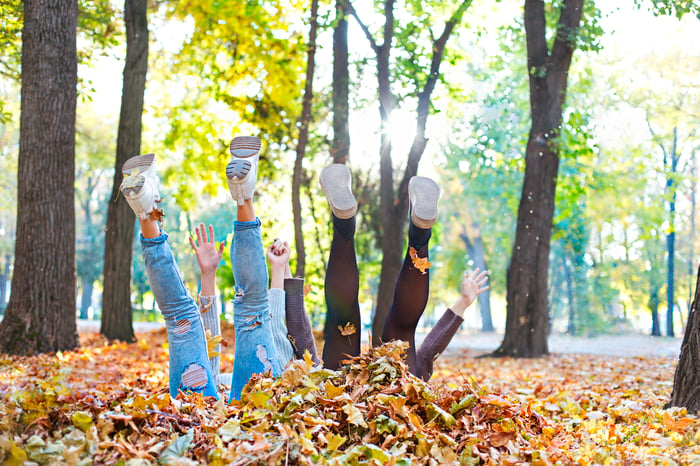 One of the more egregious flops on Friday was from marijuana stock Aurora Cannabis (NASDAQ:ACB), which plummeted by 17%. It's now at its lowest level in over two years.

The company released its Q1 of fiscal 2020 results after market close on Thursday, and they weren't pretty. Net revenue was just over 75 million Canadian dollars (all figures in this section are in that currency). This was 24% below the previous quarter's result.

On the bottom line, net profit came in at CA$12.8 million (CA$0.01 per share), but the in-the-black result was due to an unrealized gain on derivative liability that added almost CA$144 million to the profit and loss statement.

Operationally, Aurora -- like other Canada-based cannabis companies -- is struggling with the very limited number of retail stores in the country. Red tape at both the federal and provincial levels has slowed the development and rollout of such outlets.

In order to shore up its finances and operations, Aurora announced several new measures. It's scaling back spending on acquisitions and offering holders of its convertible debentures a shot at converting them into stock early and at a relatively advantageous price.

Aurora is a company facing serious challenges, but the hammering the stock took today -- as well as the rest of 2019, as it's now down 44% year to date -- isn't justified. The marijuana industry still has huge potential, and if the company can hang on, it should be a winner.

Investors who ignored or previously sold off Aurora shares should take a second look following the Friday price swoon.

Toymaker Mattel (NASDAQ:MAT) didn't have as bad a day as Aurora -- its stock fell "only" by 4% and change -- but the reasons behind the slip are arguably more disturbing.

In August, a whistleblower sent a letter to Mattel's auditor, PriceWaterhouseCoopers, regarding the company's accounting of the results of a subsidiary, and questioned the independence of the accounting firm. A subsequent internal investigation, the results of which were released late last month, showed that income tax expense for the company was reported incorrectly in the two final quarters of fiscal 2017.

Mattel characterized the matter as "an honest mistake," adding that ultimately, the errors had no impact on full-year 2017 results. Nevertheless, the company announced that its CFO Joseph Euteneur would be vacating his position.

Obviously concerned with how this is playing out in the court of public opinion, Mattel held a conference call on Friday to discuss it. During the call, management said it's retaining PriceWaterhouseCoopers as its auditor, since it "remains capable of exercising objective and impartial judgment on all issues with respect to pending and relevant past audits."

Judging by how the stock traded today, the market isn't necessarily buying this. Investors, understandably, tend to be sensitive about accounting mishaps. These slip-ups make it harder to trust the numbers a company reports and the way it's approaching its business.

That said, we shouldn't make our decision to buy or sell Mattel based purely on this incident -- which, hopefully, is an isolated one. Still, for those interested in the company, it's worth keeping a wary eye on developments with the whistleblower's allegations and how Mattel reacts to them.