There's a lot going on in China these days. Between the country's simmering trade tensions with the U.S. and its own slowing economy, investors have been hesitant to buy into the world's most populous nation. However, many Chinese equities are actually doing so well that they're beating the market's averages.

Alibaba (NYSE:BABA), Momo (NASDAQ:MOMO), and Vipshop (NYSE:VIPS) are some of the Chinese tech stocks that are staying ahead of the S&P 500's nearly 25% year-to-date gain. Let's take a closer look at why these three Chinese stocks are staying a few steps ahead of the market. 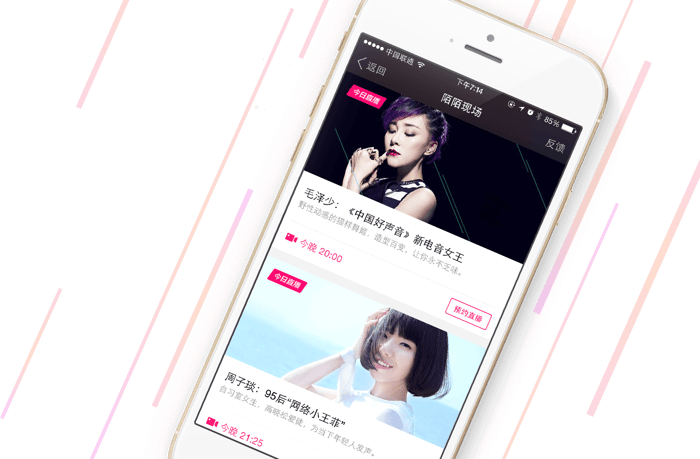 If you think that Prime Day is a pretty big e-tailer-created holiday shopping event, try Singles Day on for size. Alibaba has made Nov. 11 the biggest shopping day in the world's most populous nation. It's a celebration of singles (hence all of the ones in the 11/11 date) that has been transformed by e-commerce behemoth Alibaba into a huge shopping holiday over the past 10 years. Alibaba was the middleman for a record $38.4 billion in gross merchandise volume in that 24-hour holiday earlier this week -- 26% higher that last year's haul.

Alibaba has made landing ahead of analyst profit forecasts an art form, and time isn't making Wall Street any smarter. Alibaba has beaten Wall Street earnings estimates by at least 22% in each of the past three quarters. Analysts see revenue climbing 34% higher this fiscal year, followed by a 29% ascent next fiscal year.

Given China's heavy hand in regulating online content, one would think that a social discovery and online dating specialist would have a challenging time weaving through obstacles and hoops. Momo -- often referred to as "the Tinder of China" -- hasn't had a problem delivering monster growth, fueled by the growing popularity of its live video broadcasting and virtual gifting.

The stock is surprisingly cheap for its growth octane. Momo is now trading for just 14 times this year's adjusted earnings, and that multiple drops to just below 12 if we look out to next year.

Let's wrap up this list with an online retailer of discounted apparel that has seen its shares more than double in 2019. Vipshop uses limited-time "flash sales" to unload brand-name clothing and accessories, and it's working. After 11 consecutive quarters of decelerating revenue growth, Vipshop has rattled off back-to-back quarters of accelerating top-line growth.

The acceleration is unlikely to continue. Vipshop's guidance in Wednesday's third-quarter report pegs the current period's revenue rising no more than 5% relative to the prior year. The silver lining here is that Vipshop has historically been conservative in its forecasts.

Vipshop has the neat distinction of more than doubling for three consecutive years between 2012 and 2014. If the year-to-date gains hold, this will be the first time the stock doubles in a calendar year since snapping that three-year streak. Vipshop isn't likely to repeat its three-year streak, but momentum is certainly on its side these days.