The company is likely looking to the financial sector to glean more user data.

Alphabet's ( GOOG 2.95% ) ( GOOGL 2.87% ) Google appears poised to launch its own checking accounts for users sometime next year. Caesar Sengupta, a Google executive, spoke to The Wall Street Journal earlier this week and unveiled some details of the tech company's upcoming move into the financial sector, which it has code-named Cache.

The first thing investors should know is that Google won't be issuing the checking accounts itself. The company would need a bank license to do so, which it doesn't have, so it'll rely on Citigroup and a small credit union in California, Stanford Federal Credit Union, to handle that. Instead, it appears Google will be a facilitator for setting up the accounts and will offer users special loyalty programs as an incentive for signing up. 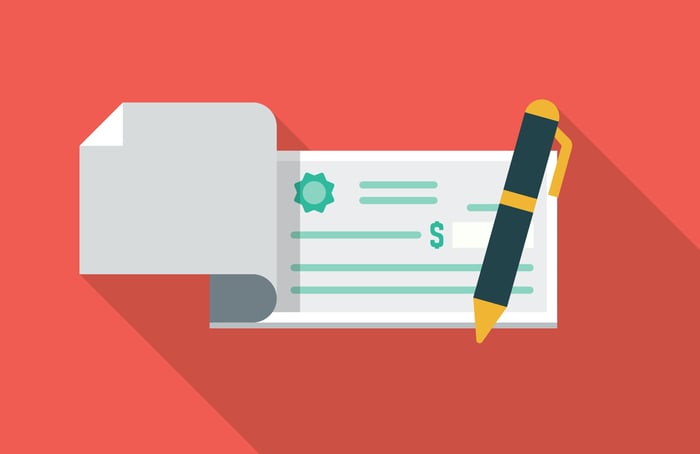 To better understand what Google's doing with Cache, let's take a quick look at how the company could benefit from checking accounts and what hurdles it could face when launching a service like this.

Why is Google launching checking accounts?

Google makes the vast majority of its money from targeted digital advertising, and the company has a huge advantage over its competitors through the massive amounts of data it collects from online searches and its myriad services. To that end, Cache will likely be another source of important data for the company.

With Cache, Google could have access to what users are buying, how much income is deposited into their accounts each month, and what they spend on their bills. This type of financial data could be very valuable to a company that's keen on knowing nearly everything online users are doing.

To its defense, Google told The Wall Street Journal that it won't sell the financial data to others and that it doesn't share data from Google Pay, the digital wallet platform through which the checking accounts will be managed, with advertisers.

But of course, Google wouldn't be entering this space without it being advantageous to do so, so it's likely the company will find a way to use the financial data to its benefit, even if it's just to learn more about user habits.

Additionally, it's worth pointing out that Google is hardly the only tech company that's looking to financial services to further its reach with users. Apple recently launched its Apple Card credit card as a way to expand its services business. Google's checking accounts could be a way for the company to make sure it doesn't fall behind Apple as the lines between tech companies and financial services begin to blur.

This isn't a slam-dunk for Google by any means

Alphabet investors should view Cache with a bit of skepticism. Sure, Google could gain some valuable data from those who sign up for the checking accounts, but I think it's unlikely the company will be able to overcome the creepiness factor of Google peering into a users' checking account. And as the company's advertising and data collection practices are put under a microscope by state governments, it seems like a bad time to launch a service that's so closely tied to a user's most valuable financial information.