In part, this is because Yandex announced a $300 million share buyback this morning. In larger part, though, it's because Yandex seems to have struck upon a solution to new Russian legislation that threatens to limit foreign ownership of the shares. 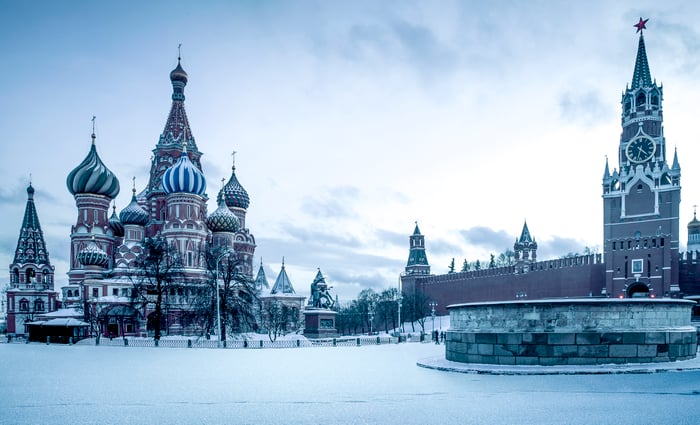 As you'll recall, the legislation in question aims to cap foreign control of Russian tech firms at 20%. (Reuters, however, is reporting this morning that the bill has since been tweaked to permit ownership up to just below 50%.)

Acting on the assumption that what really concerns the Kremlin is foreign control over Russian tech firms, however, and not really ownership per se, Yandex says it will restructure its ownership by creating a new "Public Interest Foundation" that will have a "golden share" of the company entitling it to veto certain business decisions -- hopefully allaying Kremlin worries about foreign control of the company.

This will empower the foundation to, for example, prevent outside investors from accumulating more than 10% of Yandex shares or emplacing more than a single board member, prevent transfer of Russians' personal data outside the country, prevent Yandex from signing agreements with foreign governments, and other actions. The new foundation, which will be largely controlled by Russian universities and business groups, will also have the power to suspend Yandex's CEO.

The Moscow Times is reporting today that State Duma representative Anton Gorelkin, who introduced the legislation regulating foreign ownership of Russian tech stocks, is supportive of Yandex's restructuring move, calling it a win-win for the company and the government and promising "to withdraw the initiative to allow revisions."