Earnings reports from retailers gave a mixed picture of the U.S. consumer Tuesday, and major benchmarks wavered between gains and losses. The S&P 500 (SNPINDEX:^GSPC) closed down modestly, while the Dow Jones Industrial Average (DJINDICES:^DJI) lost over 100 points. 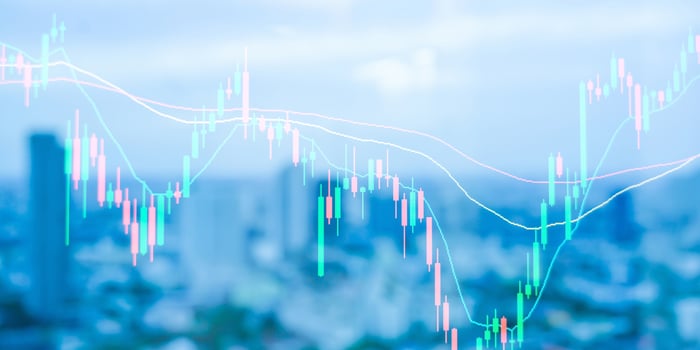 Shares of Kohl's were slammed, falling 19.5% after the department store chain reported disappointing results in the third quarter and lowered its outlook for the year. Net sales were essentially flat year over year at $4.36 billion, below the $4.4 billion analysts were expecting. Earnings per share plunged 20% to $0.78, widely missing the consensus estimate of $0.86.

Comparable sales grew 0.4%, which was an improvement on the 3.2% decline in the first half of the year, but still unimpressive. Kohl's said on the conference call that the quarter started out well, but a heightened competitive environment, unseasonably warm weather, and disruption caused by some brand launches led to softness in September sales. The company responded by lowering prices, and sales picked up in October.

TJX Companies, the parent of discount chain T.J. Maxx, had a quarterly update that was the polar opposite of Kohl's. The retailer beat expectations thanks to a strong sales increase, and shares rose 1.8%. Net sales grew 6.4% to $10.45 billion and EPS was up 11% to $0.68. Analysts were expecting earnings of $0.66 per share on sales of $10.32 billion.

Comparable sales rose 4%, well above the 1% to 2% growth the company said to expect three months ago, due to strong traffic in its stores. Gross profit margin of 28.8% was 10 basis points below Q3 last year, but an improvement over last quarter's margin of 28.2%.

Looking ahead, TJX is optimistic about the holidays, with CEO Ernie Herrman saying in the press release, "We are seeing fantastic, widespread availability of quality, branded merchandise and are in a great position to capitalize on these opportunities." The company guided to EPS of $0.74 to $0.76 in Q4, which was less than the analyst consensus of $0.77, but still represented 10% year-over-year growth at the midpoint.