Earnings season for the major Canadian cannabis producers has come to a close. And good riddance. All of the big players posted dreadful results in the latest quarter.

Some of those poor performances were due to bad decisions on the part of the individual companies. Canopy Growth (NASDAQ:CGC), for example, recorded a massive adjustment that resulted from returns of cannabis oil and softgel products. The big cannabis producer shipped way too much product in anticipation that oils and softgels would sell more than they did.

However, there was one overriding common denominator among the big Canadian cannabis companies' rotten results: Blame it on Ontario. Here's why this one province is the main culprit behind the Canadian cannabis industry's woes. 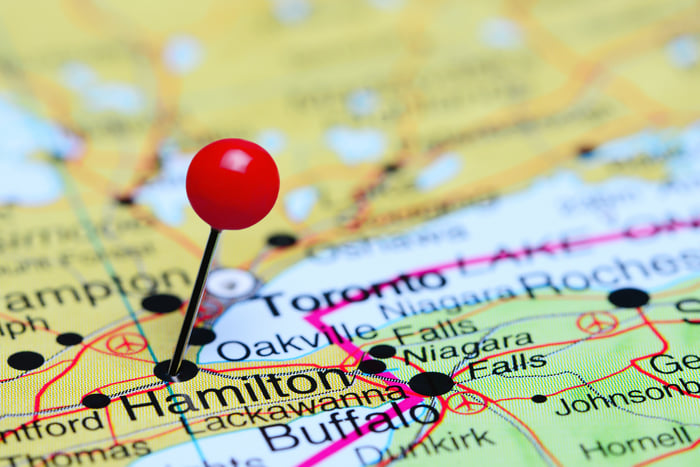 OrganiGram (NASDAQ:OGI) won't announce its Q4 results until next week. But the cannabis producer provided an update last week with preliminary results that were well below expectations. And the company attributed the disappointing numbers to [drum roll, please]... Ontario. CEO Greg Engel said, "The lack of a sufficient retail network and slower than expected store openings in Ontario continued to impact sales in Q4 2019 and were further exacerbated by increased industry supply."

Cronos Group (NASDAQ:CRON) CEO Michael Gorenstein specifically mentioned Ontario only once, while the province didn't come up at all during Tilray's (NASDAQ:TLRY) conference call last week. Whether they say it out loud or not, though, pretty much everyone in the Canadian cannabis industry agrees that the most pressing problem right now is Ontario. And they know the issue is outside of their ability to control.

Ontario is by far the most heavily populated province in Canada, with around 14.4 million residents. Nearly four out of 10 Canadians live in the province.

With the shockingly low number of retail cannabis stores in the nation's biggest market, it's no wonder Canadian cannabis producers are underperforming. Granted, consumers can buy cannabis online through the Ontario Cannabis Store. However, the lack of brick-and-mortar retail outlets is hurting the cannabis industry.

The problem stems in part to a change in government in Ontario. Under the previous Liberal Party-controlled government, the plan was for retail cannabis stores to be run by the province's government. However, after Ontario's elections last summer, Progressive Conservatives took control and opted to shift the operation of retail cannabis stores to the private sector. That private sector rollout obviously wasn't planned very well.

More stores on the way

There is some good news on the way: Ontario intends to issue more licenses for additional retail cannabis stores. Canopy Growth is even projecting an average of 40 new stores opening in Ontario each month beginning in January. This model was built based on the retail launch trajectory in Alberta.

Will that many new stores be open so soon? At this point, only another 70 to 75 stores are on tap to be issued licenses through a lottery system. However, Canopy CEO Mark Zekulin said that "the entire sector is putting a lot of pressure on the Ontario government" to get more stores opened for business.

The new stores can't come soon enough. That's especially the case with Aurora, Canopy, and their peers beginning to ship cannabis derivatives products, including edibles and vapes, in mid-December.

Until the retail bottleneck is addressed, expect Canadian marijuana stocks to be highly volatile. But while Ontario is a huge problem for the country's cannabis industry, it should only be a temporary problem. And it's temporary problems that create big opportunities for investors looking at the long term.