Back in 2017, when activist billionaire investor Nelson Peltz targeted Procter & Gamble (NYSE:PG) because of its "suffocating bureaucracy," the consumer staples giant's stock had become listless, at best performing about as well as the broader market, and often performing worse.

Peltz blamed Procter & Gamble's loss of market share on a portfolio of brands that had grown too large and a business model that had grown too stale. The activist investor, as he often does, sought to shake the board out of its lethargy. 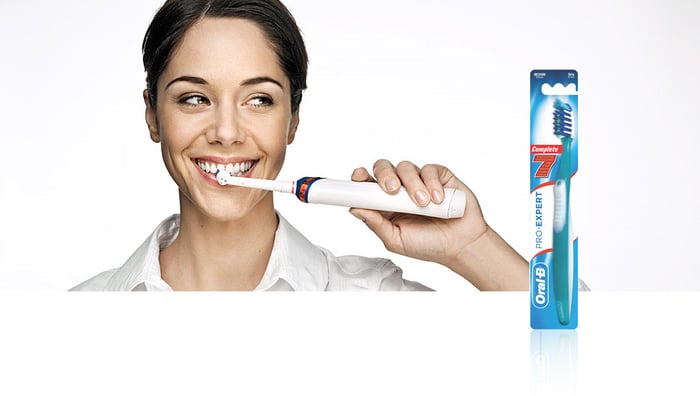 Although he narrowly lost a proxy battle to gain a board seat, the consumer products company eventually offered him one anyway because, as Peltz subsequently said of both himself and P&G CEO Taylor, "We'd rather be rich than right."

Since that time, Procter & Gamble has put itself back on the road to riches. Over the past 12 months, its stock has jumped more than 28% while the S&P 500, which has been hitting record highs, is up by only 14%. But now that it has come so far, so fast, is Procter & Gamble stock still a buy.

With a $300 billion valuation, P&G is a consumer products behemoth with a still-powerful portfolio of brands including Crest toothpaste, Tide laundry detergent, and Pampers diapers. It might not give tech companies a run for their money on the growth front, but its sales are steadily picking up steam again.

P&G ended fiscal 2019 with its fastest growth in over a decade, and  in the first quarter of fiscal 2020 (which ended Sept. 30) followed up with a 7% increase in sales to $17.8 billion as each of its business segments delivered organic growth. Earnings jumped 11% year over year.

Key to that success has been its focus on repairing its strength in products that are used every day, and positioning its brands to hold the No. 1 or No. 2 spot in those categories. That's particularly beneficial in that such products also tend to occupy some of the fastest-growing categories, and its solid results within them have helped P&G raise its guidance for the fiscal year.

Although it acknowledges still there could be a slowdown next year due to macroeconomic and geopolitical issues, it raised its outlook for organic sales growth from a range of 3% to 4% to one of 3% to 5%, with core earnings-per-share growth now in a range of 4% to 9% compared to its previous range of 5% to 10%.

What that growth is worth

In the wake of the past year's share price gains, now trades at more than 23 times next year's expected earnings, a price-earnings-to-growth ratio of almost 3, and more than 4 times its trailing sales. Those are far from bargain-basement ratios.

In comparison, rivals such as Kimberly Clark, Clorox, and Colgate-Palmolive typically trade at much better multiples, but their outlooks aren't nearly as good as P&G's, and their stocks have been lagging as a result. Analysts also don't expect its competitors will grow their earnings over the long term at anywhere near the rate they predict for P&G.

At this stage, it appears Procter & Gamble stock is being given a premium price because it looks like the best of the bunch, on the expectation that it could grow into its valuation.

What investors get in return

Procter & Gamble has been a prodigious dividend-payer over the years. It made its first payout in the late 1880s, and has raised its dividend annually for more than 60 years.

Investors would definitely have to pay a premium for the privilege of adding Procter & Gamble shares to their portfolios now, but because its turnaround is well underway and its management has a clear strategy on how to grow the business, this consumer products company ought to be on many investors' shopping lists.