The government almost made all cigarettes "light" cigarettes -- but now won't.

Shares of cigarette maker Altria Group ( MO 0.07% ) have risen steadily for most of today, jumping more than 6% at one point just before noon, after Bloomberg reported positive news out of the Department of Health and Human Services (DHHS).

According to the news site, DHHS has shelved plans, first proposed two years ago, to force cigarette makers to reduce the level of nicotine contained in their products. As of 3:33 p.m. EST on Wednesday, Altria shares were still up 3.9% on the news. 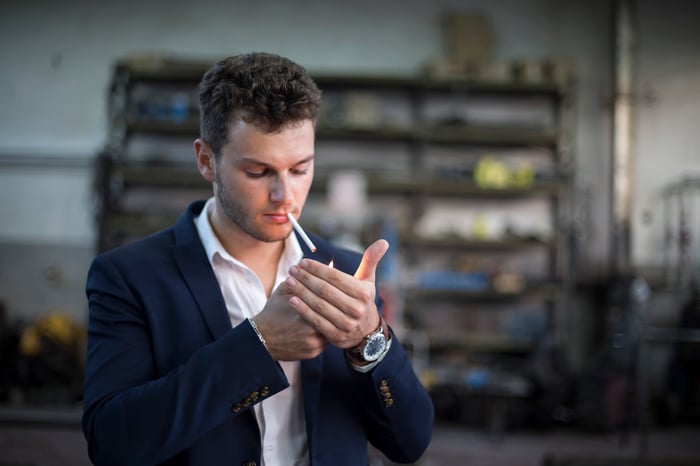 DHHS's original plan was to forbid the sale of cigarettes containing levels of nicotine sufficient to addict a consumer. On the one hand, such a move would likely decrease the attractiveness of the products to consumers already addicted, who require higher levels of nicotine to stave off withdrawal symptoms. And the even bigger worry is that an inability in cigarettes to addict new consumers would crimp future sales, and damage the long-term viability of the business.

The threat of this regulation hasn't gone away entirely. In a statement, the Food and Drug Administration noted that shelving plans to implement immediate regulations "does not mean the agency does not consider them a priority or will not continue to work on their development" at some time in the future. But for the time being at least, all the FDA plans to do is "gather evidence and data on an ongoing basis regarding all tobacco products."

You Can Count on This Stock's 8% Yield