As North American cannabis companies battle for supremacy, GW Pharmaceuticals (NASDAQ:GWPH), an ocean away, is benefiting from more and more opportunities arising in Europe. Earlier this year, the company received approval in dozens of European countries for use of its cannabidiol (CBD)-based drug Epidiolex in treating certain forms of epilepsy.

This month, the National Health Service approved the drug to be used in England, Wales, and Northern Ireland as well. And that's significant as the U.K. is expected to be home to one of the biggest markets for cannabis by 2024.

European market still has a long way to go

North America is definitely the big prize when it comes to opportunities in the cannabis industry, but Europe is growing in size, as well. According to one report by data analysis company Reports and Data, it's estimated that the global medical marijuana market will be worth $148 billion by 2026, and Europe will be responsible for 28% of that. 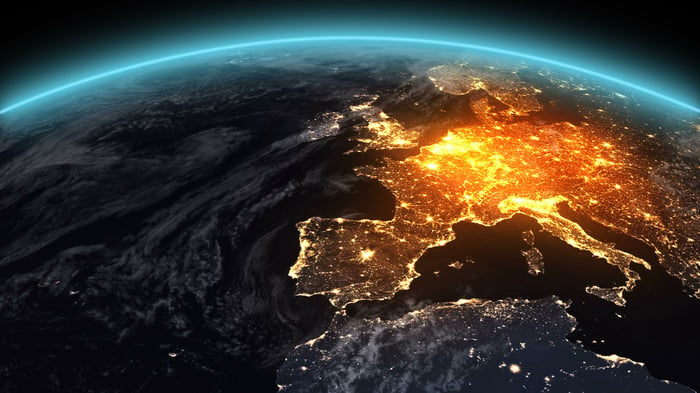 However, for Europe to reach that potential, it needs to make plenty of progress with respect to the legalization and adoption of CBD-based medicines for many types of illnesses. That's why the steps taken in Europe are significant and in the right direction.

There's still a lot of ignorance when it comes to cannabis in Europe, which is why legalization is key to giving cannabis a better chance of succeeding there. According to New Frontier Data, 76% of people in Europe have never used CBD and at least one-third have never even heard of it.

If CBD can be used in medicine, people with qualifying conditions can use it in their treatments. And the more data that's obtained relating to the effectiveness of CBD, the better-equipped companies will be in knowing which products are best suited for patients. Over the long term, that will only help the industry succeed.

GW in prime position to benefit

GW already looked like a great buy before these developments. In its most recent quarter, the company recorded sales of $91 million, 26% more than it generated in Q2. GW's sales have been taking off, and with the market opportunities expanding, its top line could get even stronger.

The company has also made progress in improving its finances, as operating losses of $111 million in 2018 shrunk to $18 million last quarter. And with strong gross margins averaging 90% over the past three quarters, a lot of the company's incremental sales will flow through to cover its expenses and help it get closer to breakeven -- possibly very soon.

The progress made by CBD in Europe is just another reminder of the terrific growth opportunities that exist for GW on that continent and why the stock could be poised for some impressive results in the years to come.

One of the big advantages for GW investors is that the company has exposure to the cannabis industry and can benefit from its growth without being exposed to some of the risks plaguing many marijuana stocks today. Vaping-related illness and illegal growing operations have weighed down the industry of late, and GW isn't involved in any of that.

Although the stock has struggled, falling more than 40% over the past six months, GW's share price is flat from where it was at the beginning of the year. And because it's not in the same boat as other marijuana stocks that are facing headwinds from the recreational market, it has better odds to be able to rebound.

Overall, the medical marijuana market is looking a whole lot safer these days. Epidiolex could help GW benefit from growth in that segment, and the stock could be a very hot buy today.