Please ensure Javascript is enabled for purposes of website accessibility
Free Article Join Over 1 Million Premium Members And Get More In-Depth Stock Guidance and Research
By Rick Munarriz - Nov 21, 2019 at 11:15AM

The consumer tech giant isn't living up to the hype of its streaming video service.

This was supposed to be the month that would change everything for the booming video streaming industry. The one-two punch of Apple ( AAPL 3.16% ) rolling out its star-studded premium service on Nov. 1 and Disney ( DIS -1.97% ) following with its rival platform 11 days later would make us all cord-cutters. The bar would be raised, and we'd be on a death watch for pay TV. Disney+ has lived up to the initial hype, but where is Apple TV+?

No one seems to be talking about Apple TV+, with its initial slate of content generating mixed reviews. Things only seem to be getting worse now that it's delaying if not pulling the plug entirely on the first major movie slated to launch on its platform. The Banker -- a historical film about social justice in the banking industry starring Samuel Jackson and Anthony Mackie -- will not premiere on Thursday night at the AFI Fest 2019 screening event. The last-minute cancellation of the Apple-bankrolled film's festival debut puts into question if The Banker will hit theaters in two weeks as was originally planned before launching on Apple TV+ as a key component of the platform's content. 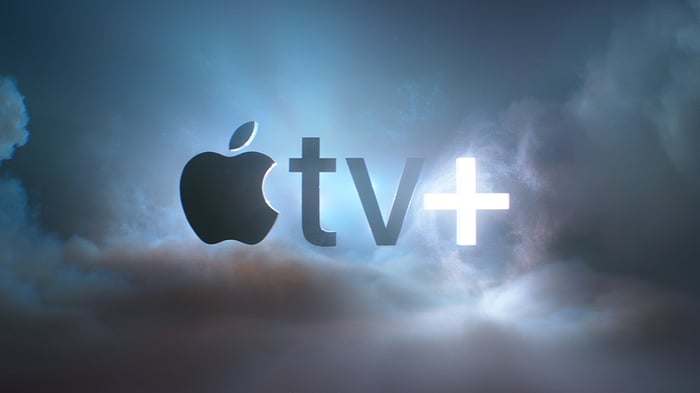 We built this pity

A spokesman has told The Hollywood Reporter that some concerns were brought to Apple's attention last week about the real-life subjects on which the film is based. It naturally didn't know about the matter when it purchased the film earlier this year.

Movies get pulled all the time, and they do sometimes see the light of day after concerns are addressed. It's just Apple's misfortune that The Banker was the first major foray into adding full-length features to its bare-bones service. However, with its first wave of shows falling short of expectations, it's easy to wonder where Apple TV+ goes from here.

Apple turned heads with its aggressive pricing of $4.99 a month, and it cemented a healthy built-in audience by offering a year of the service at no cost to anyone who has recently purchased an Apple device. The media event that served as the big reveal for Apple TV+ was filled with celebrities that would anchor its initial content lineup. The rub is that no one is talking about Apple TV+ shows by the water cooler. Just two of its serialized dramas -- The Morning Show and See -- are even making the cut among the top 20 trending television shows on leading online reviews aggregator Rotten Tomatoes. The bigger problem is that the other 18 shows all have higher critic review ratings.

Obviously you can never count Apple out. You don't need to appease the critics to win the TV war, and it has all the money in the world to throw at content once it gets better at identifying what people actually want to watch. Unfortunately, you get only one chance at making a first impression, and it won't be long before Apple TV+ loses consumer attention. With only so much viewing time and discretionary income to go around, the class act of Cupertino is quickly finding itself on the outside of the red carpet looking in.

Things would have been materially different if it had been a winner out of the gate. Hit shows would've been a Trojan horse, lifting its platform into viewer homes, which would then be smacked with all the digital content that you can buy or rent directly from Apple. This isn't happening. You can't bait and switch when the bait is weak, and if The Banker is ultimately pulled completely, you can't switch when there's no bait at all.