Please ensure Javascript is enabled for purposes of website accessibility
Free Article Join Over 1 Million Premium Members And Get More In-Depth Stock Guidance and Research
By Luis Sanchez CFA - Nov 21, 2019 at 8:42AM

DISH is expanding into wireless phone service and cutting costs.

Cord-cutting refers to the trend of consumers ditching expensive pay-TV and internet bundles in favor of just subscribing to internet plans. This is not a new trend, but it has accelerated in recent years. Last year, nearly 3 million subscribers canceled their pay-TV plans, up from 1.5 million in 2017.

DISH Network ( DISH 4.07% ) is not immune to cord-cutting. The company has been losing subscribers for years, but unlike Comcast or Charter Communications, DISH doesn't have a strong internet plan to offer fleeing customers -- causing DISH to suffer greater financial losses compared to its peers. 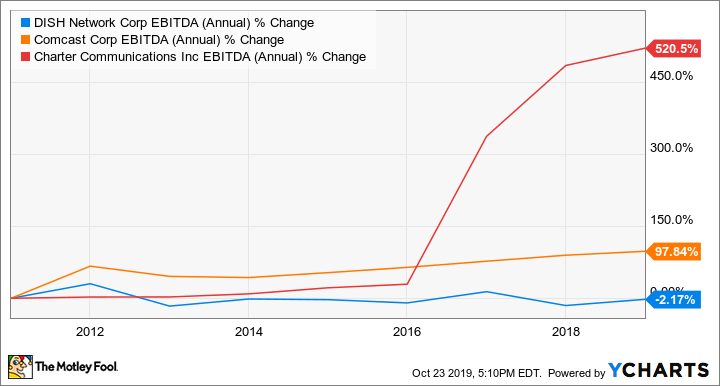 To help itself better deal with cord-cutters, DISH made two recent deals that could help it cut costs and bundle additional services.

The more notable transaction DISH has structured is to buy Sprint's ( S ) prepaid wireless business. The acquisition will only happen if Sprint's merger with T-Mobile ( TMUS 2.51% ) is completed. If the deal goes through, DISH would receive 9.3 million wireless customers as well as 14 MHz spectrum from Sprint. DISH could then use this acquired business as a platform to launch a full-fledged national mobile phone service.

DISH's thinking here is twofold. First, the mobile phone business isn't losing subscribers like the pay-TV industry is. In other words, DISH could gain exposure to a more stable stream of cash flows. Second, DISH could offer a subscription that bundles satellite TV with wireless service, which could help stabilize the customer losses in pay-TV.

Competitors, including AT&T and Charter, have used bundling of phone, TV, and internet services to cajole customers to stay put. By adding a viable phone service, DISH would be merely catching up to its competition.

As my colleague Dave Kovaleski noted, DISH's foray into offering its own phone service won't be cheap. In addition to acquiring customers from Sprint, it would need to invest $10 billion or more to establish a 5G network and really be competitive with other phone services.

Betting on wireless could pay off, but sitting still and doing nothing won't stop its steady customer losses. 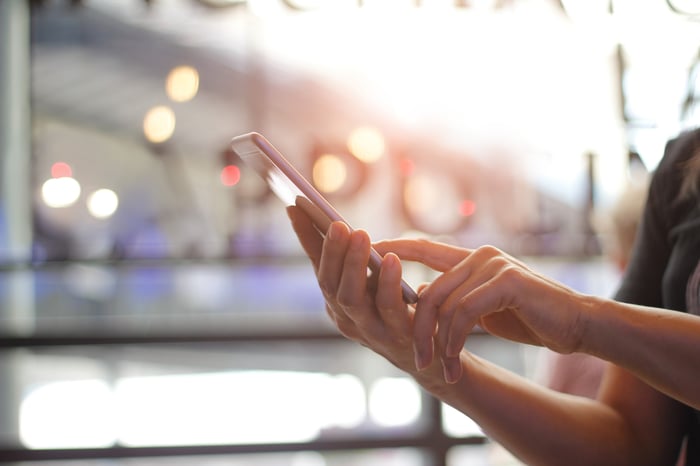 A less-talked-about transaction is the asset swap DISH completed with EchoStar ( SATS 2.94% ) in September. As part of the deal, DISH exchanged $800 million worth of its own stock for nine broadcast satellites, the employees who operate those satellites, and some office real estate.

Bringing the satellites in-house could enable DISH to cut costs. During a period of subscriber losses, anything DISH can do to become more efficient will help it offset the lost revenue and mitigate the impact on its earnings.

DISH is in an uncomfortable position. The company watched from the sidelines as its pay-TV competitors expanded their services and bundled their products. Granted, DISH unsuccessfully tried to acquire Sprint in 2013 and is sitting on a pile of valuable wireless spectrum, but at this point, DISH needs to take more aggressive actions to right the ship.