China-based GreenTree Hospitality Group (NYSE:GHG) generated double-digit top-line expansion in its third quarter of 2019, as it extended its footprint within Chinese cities and added a slew of new properties to its franchise and management (F&M) roster. The company also progressed in its initiative to extend past its midscale concentration into the luxury and economy segments. 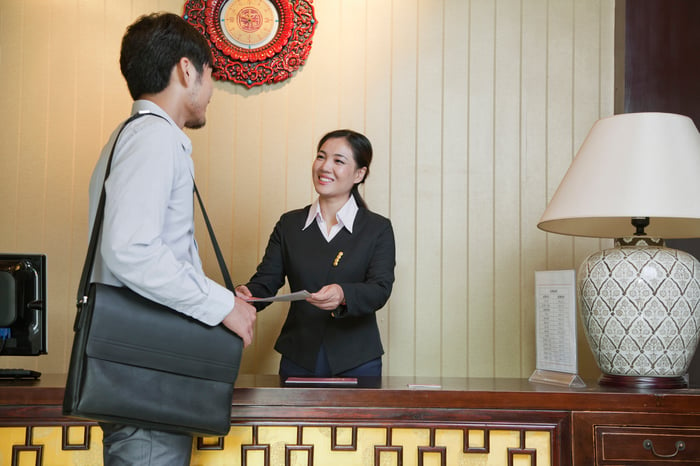 In GreenTree's press release, CEO Alex Xu discussed the hospitality operator's efforts to expand despite toughening conditions in China, which is transitioning from a manufacturing economy to a consumption economy while it engages in a trade war with the United States. Of course, most global hoteliers would be quite happy with GreenTree's double-digit revenue growth, so these are relatively difficult conditions. As Xu said:

We are pleased with our solid operating and financial performance in the third quarter, especially in the light of the weak service sector numbers observed recently. During the quarter, we further increased market share by exploring new regions and improving the quality of our hotels across all brands. We remain optimistic about the rest of 2019 despite the slowed-down growth momentum of the industry, as we have already shown that GreenTree's business model is able to deliver substantial growth through the variety of options for our franchisees and customers, while generating strong and sustainable cash flow for any future development.

A brief bit of guidance

Despite Xu's caution, GreenTree Holdings provided a single item of 2020 guidance that speaks to its bright prospects. The company maintained its expectation that full-year revenue will advance by 20% to 25% over 2018. But perhaps investors in this consumer discretionary stock could benefit from a more detailed outlook to firm up expectations: Shares are down 21% cumulatively since the company's March 2018 U.S. initial public offering.