Sonos (NASDAQ:SONO) wrapped up its 2019 fiscal year in fine fashion on Wednesday. Revenue rose 8% in the wireless audio systems pioneer's fiscal fourth quarter. This may not seem all that scintillating, but it follows a nearly 28% top-line surge a year earlier. The prior year's fiscal fourth quarter was going to be a hard act to follow, as it was when Sonos introduced its Beam soundbar, a big-ticket home theater accessory that helped it deliver its headiest top-line growth as a public company.

One can argue that Sonos isn't built to thrive in a souring economy. Its wireless speakers aren't necessarily cheap, and cutthroat competition will get even more desperate when money gets tight. However, there are a few things that should serve Sonos well as it prepare for the next recession. Let's see why Sonos stock isn't joined at the hip with the presently buoyant economy. 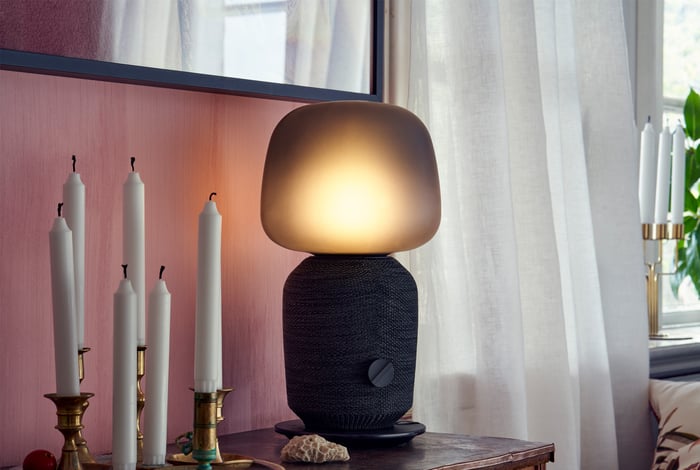 1. Double-digit growth is in its DNA

Sonos has now posted top-line gains of 10% or better for 14 consecutive fiscal years. It will have its challenging quarters, but even the 8% revenue uptick it just posted in its latest quarter was ahead of the 4% to 7% growth is was publicly targeting three months earlier. The midpoint of the guidance it initiated for the new fiscal year suggests that it should extend this streak of double-digit growth to 15 years.

A lot has happened over the past 14 years. We had the global financial crisis of 2008, and the subsequent entry into Sonos' market by some of the biggest names in tech. Sonos has been able to step up in the past. There's no reason to bet against it holding up well in the future.

No one buys Sonos gadgetry because it's the cheapest option. Audiophiles flock to Sonos because the brand is reliable, and they know that the bar-raising early bird won't bail on listeners the way that the distracted titans of tech might do. Thankfully Sonos also never rests on its laurels.

Sonos isn't afraid to carve new paths. It teamed up with IKEA this summer to put out bookshelf speakers and a new line of lamps where the base doubles as a Sonos speaker. The SYMFONISK line that's exclusive to IKEA is a hit, selling more than 30,000 of these products on the first day of availability.

Sonos also recently launched a new program for early adopters where owners of its older gears can trade up to new gadgetry at a 30% discount. Rewarding its established audience is smart, and it also encourages brand loyalty.

3. Home is where the hard is

It's easy to wonder why a maker of not-so-cheap aural appliances would be a good fit for the next recessionary downturn, but let's cut to the chase. If disposable income becomes less disposable you're going to spend less time going out for entertainment. You're going to stay in more -- just as you probably did during the last recession a little more than a decade ago -- and that was a time when Sonos had no problem growing its sales at a double-digit percentage clip.

With the booming popularity of streaming services, most families will hunker down in their living rooms during the next economic slide. If you do make an investment it will be to make home time that much better, and that's where Sonos' home theater audio components and its entire arsenal of wireless speakers will thrive.

Once you buy into the Sonos ecosystem, you're hooked, explaining why the average number of registered products per household with a Sonos device has grown from 2.8 to 2.9. Homes with existing Sonos gear will turn to the brand they trust first to beef up their home entertainment, and first-time buyers at IKEA and elsewhere will eventually augment their Sonos hardware as the economy improves. Sonos is thriving now when the going is good, but it's also in a good place to stay on top when the economy doesn't play along.