Markets finished the week on a positive note Friday, with major benchmarks like the Dow Jones Industrial Average (DJINDICES:^DJI) and the S&P 500 (SNPINDEX:^GSPC) closing with moderate gains. Pharmaceutical stocks, including biotechs, moved higher along with retail shares, while the energy and real estate sectors were laggards. 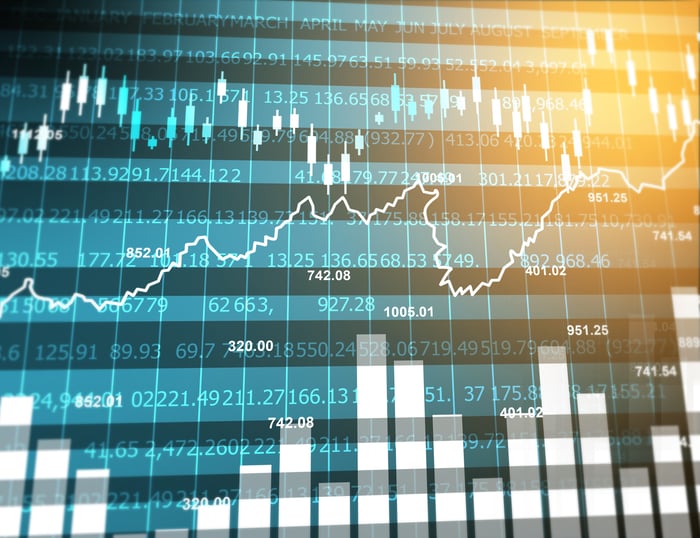 Tesla CEO Elon Musk introduced the company's much-anticipated pickup truck, dubbed "Cybertruck," last night and investors registered disappointment today, sending shares down 6.1%. Musk had teased about the futuristic styling of the vehicle, but investors may be thinking that the radical design could relegate it to a niche, rather than challenging the mainstream in the lucrative truck market.

Musk wants to define the electric truck market with a vehicle that has better utility than today's trucks with more performance than a sports car. Cybertruck will have a dent-proof stainless-steel exterior, seating for six adults, and a payload capacity of 3,500 pounds. The high-end model will have a towing capacity of 14,000 pounds, a range of over 500 miles, and be able to accelerate from 0 to 60 in under 2.9 seconds.

The splashy event had a cringeworthy moment when a demonstration of the armor glass failed, but Tesla will have plenty of time to work out any kinks. Production on the base model, which starts at $39,900, is not expected until late 2021 at the earliest, with production of the $69,900 top-of-the-line model beginning in late 2022.

Shares of Splunk jumped 10.8% after the data analytics specialist beat expectations for the top and bottom lines for the 14th straight quarter. Revenue in fiscal Q3 2020 grew 30% to $626 million after the company had said three months ago to expect $600 million. Splunk lost $0.38 per share, even with a year ago, but excluding items such as stock-based compensation, amortization, and acquisition costs, earnings per share came in at $0.58, exceeding the average analyst estimate of $0.54.

Splunk is shifting its customers to a renewable subscription model, and the company said that transition is nearly complete, with revenue from renewable software in Q3 accounting for 92% of the total. Annual recurring revenue (ARR), defined as the annualized value of contracts as of the last day of the period, was $1.44 billion, up 53% from the period a year ago.

Splunk reiterated on the conference call that it expects negative cash flow until fiscal 2022, a situation that unnerved shareholders earlier this year, but one that investors in the growth stock were willing to shrug off today.