Sales of the iPhone have fizzled out in recent years, but the tech titan is laying the groundwork for a comeback.

There's no denying the fact that Apple's ( AAPL -1.17% ) iPhone has lost its mojo over the past two or three years. The last time the Mac maker saw a nice bump in iPhone sales was back in 2015, when the iPhone 6S was launched. Cut to the present and the iPhone sales chart has been anything but exciting.

The emergence of Chinese rivals has dented Apple's iPhone sales momentum. Consumers have flocked to cheaper but well-equipped devices from the likes of Huawei, which overtook Apple in the market share charts earlier this year. Not surprisingly, Apple's share of the global smartphone market has slumped to 13% in the third quarter of 2019 versus 16% at the end of 2015 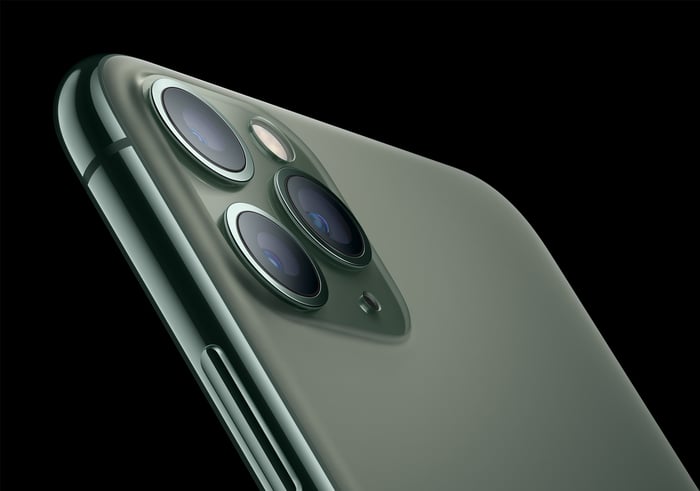 The situation could be worse at the end of 2019, as Apple is expected to ship less than 200 million iPhones this year, according to analyst estimates, marking another year of shrinking device sales. However, 2020 could turn out to be the year Apple makes a comeback. 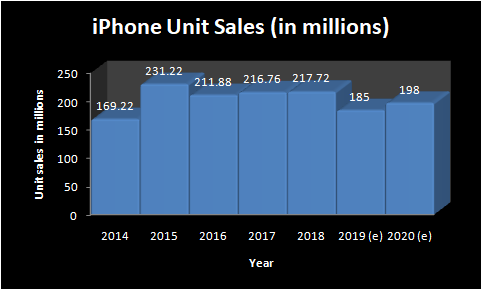 A smarter strategy to expand the iPhone ecosystem

Competitively priced devices from rivals knocked the wind out of Apple's iPhone sales. Apple's incremental upgrades meant that the company has been left to play catch-up with its Android-focused rivals who have managed to deliver attractive features at lower price points. Moreover, the tech giant's strategy of increasing prices means that consumers are retaining their iPhones for longer periods.

All of this has been hurting iPhone shipments, but Apple has now decided to take the plunge and get more consumer-friendly on the pricing front. In a rare move, the company has reduced the price of the entry-level iPhone 11 this year by $50. The change seems to be working wonders for Apple, as iPhone sales have been taking off in key markets.

According to Bloomberg, Apple reportedly shipped 10 million iPhones in China during the months of September and October this year. The China Academy of Information and Communications Technology points out iPhone shipments in China jumped 6% year over year during these two months.

These numbers give us a hint about the iPhone 11's popularity in China, a market where Apple was down in the dumps earlier this year. More importantly, the company is now recording growth in China at a time when that country's smartphone market is declining. IDC reports that smartphone shipments in China were down 3.6% year over year in the third quarter, but Apple managed to beat that slowdown with a 5.6% increase in shipments.

Meanwhile, Apple's strategy of lowering the price of the iPhone 11 is working well in the price-sensitive Indian market. The company is now planning to take a bigger bite out of that country with a $399 iPhone, which will help it hit the sweet spot of the Indian smartphone space.

Shipments of phones priced between $300 and $500 doubled in India during the third quarter, according to IDC. So Apple will be doing a huge service to its iPhone prospects by launching a cheaper device.

In told, Apple is now pulling the right strings to boost shipments of the iPhone. Smart pricing and the company's solid brand equity should help it attract more users into the iPhone ecosystem. However, there is one more catalyst that could give iPhone sales a big boost next year.

5G wireless smartphones are expected to gain critical mass next year. IDC estimates that 123 million 5G devices will be shipped in 2020, accounting for 8.9% of total smartphone shipments. By 2023, 28% of overall smartphones will be 5G-capable.

Strategy Analytics predicts that Apple -- which doesn't have a 5G-capable phone just yet -- will become the leading seller of 5G smartphones next year. The firm believes that Apple can leave Samsung and Huawei in the dust despite entering the 5G smartphone race in the third quarter of 2020. Apple's strong presence in the U.S. and China -- two of the largest 5G markets -- will drive its dominance in the next-generation devices.

The Nikkei Asian Review reports that Apple plans to release three 5G devices next year, aiming to ship at least 80 million 5G phones in 2020. If that's indeed the case, then Strategy Analytics' prediction of Apple leading this market could turn into reality.

Apple is busy managing different aspects of the smartphone market -- from pricing to technology -- and that could help the iPhone end its years of mediocrity in 2020.