About 100,000 people in the U.S. have sickle cell disease, the majority of whom are of African descent, according to Novartis. The genetic disease causes red blood cells, which carry vital oxygen throughout the body, to become irregularly shaped and clump together. A vaso-occlusive crisis (VOC) causes acute pain and is the primary cause of hospitalization of sickle cell patients. In fact, Novartis claims that VOC leads to nearly 200,000 emergency room visits annually. 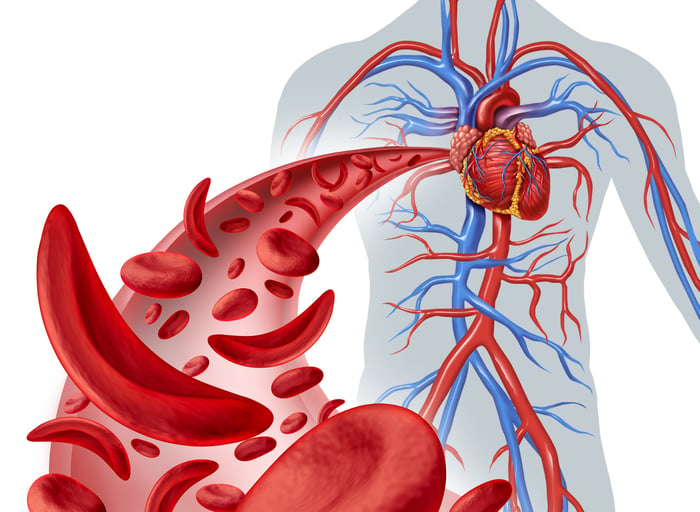 Adakveo marks a new option for patients experiencing VOC. The FDA approved the drug based on compelling data demonstrating that the treatment lowered the median rate of VOCs by 45% to 1.63 per year compared to placebo, which had 2.98. Patients on Adakveo had shorter hospital visits -- four days compared to 6.87 days on placebo.

Additionally, 36% of sickle cell patients receiving Adakveo never had a VOC. The placebo group did not fare so well, with only 17% avoiding VOC during the study. Those treated with Adakveo delayed having a VOC. The median time until first VOC was 4.1 months compared to 1.4 months for those receiving placebo.

Adakveo works by preventing diseased blood cells from becoming "sticky" and clumping together which can result in VOC. It achieves this by binding to the protein P-selectin found on the lining of blood vessels and on platelets. Patients with a history of VOC now have an option to reduce the frequency and severity of these episodes.

Global Blood takes aim at the root of the disease

Global Blood claims that voxelotor, if approved, will be the first disease-modifying treatment for sickle cell disease. As demonstrated in its phase 3 clinical trial, voxelotor significantly increased the hemoglobin levels and reduced other markers of damage or destruction of red blood cells.

Specifically, 59.5% of patients treated with voxelotor saw increases in hemoglobin greater than 1 g/dL compared to 9.2% for placebo-treated patients. Hemoglobin increases above that threshold correlate to a 41% reduction in stroke and a 64% reduction in mortality, according to Global Blood. The safety looked similar between voxelotor and placebo groups.

The FDA accepted Global Blood's New Drug Application (NDA) for voxelotor and has until Feb. 20, 2020, to make its decision. However, biotech investors might not need to wait that long. The FDA approved Novartis' Adakveo two months ahead of its deadline.

Global Blood is not sitting back and waiting. In the third quarter, it hired 65 new sickle cell disease specialists as field representatives to promote the drug once it's approved. Reimbursement and stakeholder engagement efforts are underway.

Not every patient responds to every drug intervention. That's what makes drug development so challenging. Interestingly, Global Blood claims that 52% of sickle cell patients do not endure a VOC in any given year. That necessitates a need for both drugs. Voxelotor will take aim at the root cause of the disease. Then Adakveo can be given to reduce the frequency and severity of VOCs in the patients that experience those acute episodes.

Novartis' Adakveo is a monoclonal antibody administered as a 30-minute infusion every two weeks at first and then every four weeks. While less frequent than voxelotor's daily dosing, it may be burdensome for some patients to regularly get to the clinic for the infusion. Alternatively, Global Blood's voxelotor is a once-a-day oral pill, which some patients might view as a more convenient option.

Now back to the question at hand: Which stock, Novartis or Global Blood, is the better buy? Novartis, a mega-cap pharma, weighing in with a valuation north of $200 billion, is the conservative play. Adakveo will be one of many drugs in Novartis' stable. Thus, the risk attributable to any single drug is less.

Like most smaller biotechs, Global Blood, with its meager $3.3 billion valuation in comparison, is highly dependent on voxelotor. A setback from the FDA or from the initial market launch will adversely impact the stock. However, Global Blood has far greater chances of seeing substantial stock appreciation. For me, Global Blood wins this bout.