Pinterest (NYSE:PINS) was one of this year's most anticipated IPOs, and unlike other highly touted IPOs, the social media company did not disappoint out of the gate. Shares of Pinterest rose by more than 40% from its $19 IPO price just a few months after they hit the market. But things haven't been going particularly well since, and Pinterest's stock is down by almost 50% since its August highs.

The company's third-quarter earnings report -- released on Oct. 31 -- was the main catalyst of its most recent sell-off: Investors probably were not pleased with management's issuing weaker-than-expected guidance. These modest short-term headwinds need not be cause for concern, though, and there are good reasons to think Pinterest has a bright future ahead, which would make its recent troubles a buying opportunity; let's consider two of these reasons. 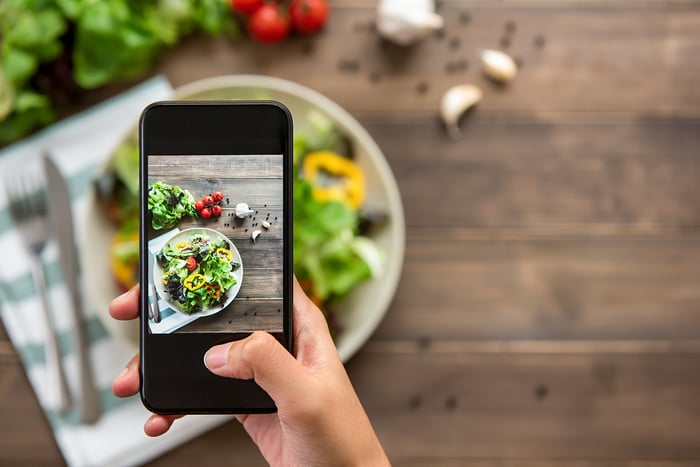 Not just another social media company

Pinterest is widely known as a social media platform, and it could be tempting to believe that in the crowded world of social media -- dominated by the likes of Facebook and Twitter -- Pinterest is unlikely to make a dent in the long run. But just as Twitter and Facebook manage to coexist, so too can Pinterest carve a niche for itself, since its platform isn't merely a copycat of other social media giants. We are all familiar with Pinterest's bread and butter. Users on the platform share "pins" with one another of whatever they find interesting.

But the company describes itself as a "social discovery engine," and the "discovery" part is key, as alludes to another important function Pinterest serves: that of a search engine. The majority of users on Pinterest use the platform to search for various shopping items and trends, which is an invitation to businesses that are constantly trying to reach their target audience via online marketing campaigns; Pinterest generates the bulk of its revenues by selling ads on its platform.

Given its unique design, there's no reason to think Pinterest cannot survive -- and even thrive -- in this competitive environment.

During the third quarter, Pinterest boasted 322 million monthly active users, up by 28% year over year. The company's revenue increased by 47% year over year, and its average revenue per user (ARPU) grew 14% compared to the year-ago period. Further, Pinterest recorded a non-GAAP (adjusted) net income of almost $6 million. Overall, Pinterest's results were good, and there is likely more to come. First, note that the company is expanding its presence in international markets. During the second quarter, Pinterest started advertising in nine new markets, including several European ones, such as Greece and Hungary. Overall, the company now advertises in 28 markets, a 47% sequential increase.

While Pinterest's ARPU is lower in international markets, attracting more engagement abroad is one way it could invite more advertisers onto its platform. Second, Pinterest is constantly looking to improve and fine-tune its platform to facilitate interactions (and potential transactions) between users and advertisers. One way the company is doing this is by partnering with other e-commerce platforms. Says Ben Silbermann, CEO of the company: "We launched a new business profile and includes a shopping tab for retailers, and we're working with commerce platforms including Shopify to bring merchants and advertisers onto the platform."

Pinterest isn't exactly performing like the top growth stock many thought it was going to be, but it's far too early to strike this social media company off your buy list. The company's unique platform and its growth initiatives could mean handsome rewards down the road.