This week's biggest headlines in tech featured a wide range of topics. But two stories, in particular, are worth highlighting. 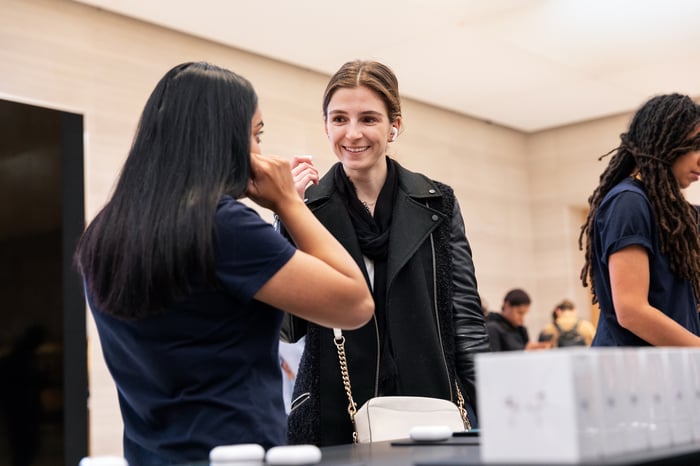 On Wednesday, PayPal announced it had agreed to acquire Honey Science, a technology platform for online shopping and rewards, for $4 billion. By acquiring Honey, PayPal can "transform the shopping experience for PayPal's consumers while increasing sales and customer engagement for its merchants," the company said in a press release about the deal.

Honey's business was first comprised of a browser extension that helped consumers improve their shopping decisions. But the company now provides a full suite of tools to improve shopping, including notifications of price drops, price comparisons, and more. The technology company's platform boasts 17 million active users.

PayPal expects the acquisition to close in the first quarter of 2020. But the deal, of course, is subject to regulatory approval and other closing conditions.

Total AirPods shipments in 2019 could hit 60 million -- double from last year, according to a Bloomberg report on Thursday. "This has been driven in part by 'much higher' than expected demand for the pricier AirPods Pro model unveiled in October," wrote Bloomberg's Debby Wu. For her source, she cites "people familiar with the Cupertino-based company's production plans."

Shipment times on Apple's website confirm that demand is strong, as orders seem to be exceeding supply. Online orders made today for AirPods Pro currently aren't estimated to deliver until the end of December.

Acccording to Wu, orders for Apple's AirPods Pro "have surpassed expectations and demand for them is pushing Apple's assembly partners against capacity and technical constraints, a person familiar with the matter said."

Apple's wearables business has been a major growth driver for the tech giant, with sales of wearables devices (Apple Watch, AirPods, and Beats earphones) rising at a rate greater than 50% year over year in the company's most recent quarter.

Impressively, this growth occurred with less than two weeks of availability of Apple's latest version of the Apple Watch. In addition, the quarter ended before AirPods Pro were even available. Apple Watch Series 5 wasn't available to purchase until Friday, Sept. 20, and AirPods Pro didn't launch until Oct. 30.