Pembina Pipeline (NYSE:PBA) is part of a trifecta of Canadian pipeline corporations that each yield over 4%. Its dividend yield is more than double the S&P 500 and is one of the primary attractions of investing in pipeline companies and other energy stocks. Over the past three years, Pembina's stock has outperformed both of its Canadian counterparts and every major American pipeline company. 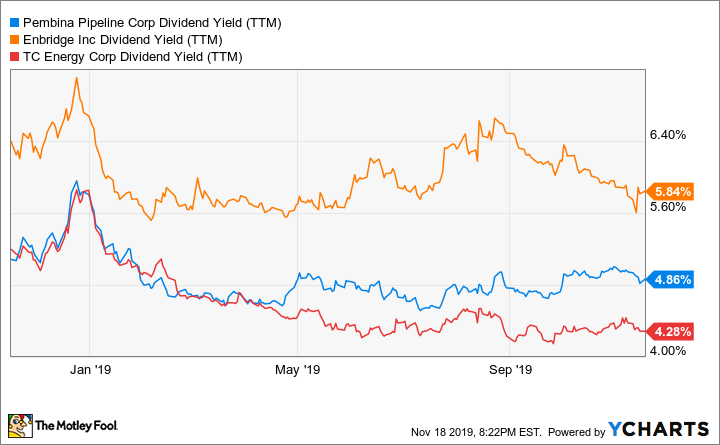 One of the reasons for Pembina's solid stock performance is the company's ability to generate cash flow from a variety of fee-based contracts that make up the vast majority of earnings. Pipelines are the toll roads of the oil and gas business, earning cash from long-term agreements and fees for moving product. Fees provide predictable revenue that add strength and stability to Pembina's dividend, as well as insulating the company's earnings from short-term commodity-price risk. 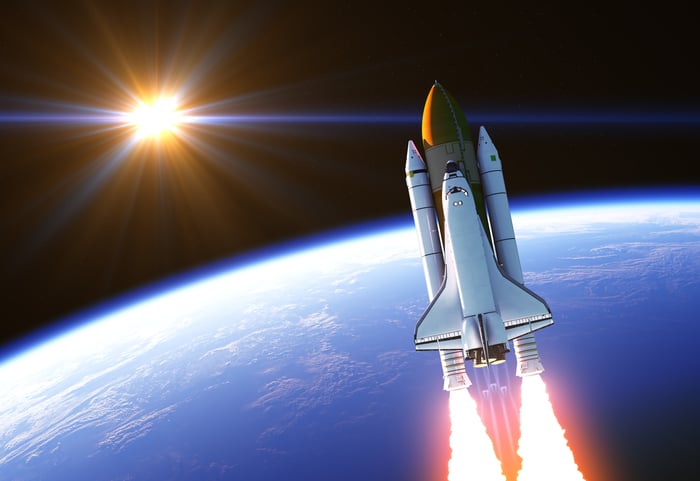 Pembina's integrated asset portfolio and commercial operations tackle the majority of the hydrocarbon value chain. This coverage allows Pembina to offer a full spectrum of midstream and marketing services to the energy sector. Gas gathering, compression, processing, and storage are also a major part of Pembina's business. For investors unfamiliar with the midstream business, this basically means that Pembina is involved in the other factions of the natural gas business, not just building and operating pipelines.

According to Pembina's 2018 Annual Report, these services are "primarily on a fee-for-service basis under long-term contracts," similar to the company's pipelines. "Virtually all of the condensate and NGL extracted through these facilities is transported by assets in Pembina's Pipelines Division." Pembina is living a midstream company's dream by vertically integrating its midstream portfolio, thereby adding efficiencies and providing steady cash flow.

Further integration efforts came in late August when Pembina agreed to buy Kinder Morgan's (NYSE:KMI) U.S. portion of its Cochin pipeline and its 70% stake in Kinder Morgan Canada Limited for CA$4.35 billion (US$3.27 billion) in stock and cash. As a result of the acquisition, Pembina gains the ability to integrate the U.S. portion of the Cochin pipeline, the Edmonton storage and terminal business, and the Vancouver Wharves into the company's expansive portfolio of Canadian gas compression and storage assets. The purchase of the three assets boosts Pembina's infrastructure in the Western half of Canada.

The Western half of Canada, including British Columbia and Alberta, is a market teeming with opportunity. In October 2018, energy behemoth Royal Dutch Shell (NYSE:RDS.A) (NYSE:RDS.B) announced its plans to develop LNG Canada, which is expected to be a major liquefied natural gas (LNG) processing and export facility.

The Vancouver Wharves gives Pembina prime storage capabilities in the Western half of Canada. The wharves, along with Pembina's extensive network of pipelines and gas gathering and processing in Alberta, should position the company for the emerging growth in Asian energy markets.

Aspirational goals mean nothing if a business is rotten at its core. Pembina is not one of those businesses.

A long-term strategy predicated on financial guardrails has, so far, allowed the company to generate robust operating cash flow and secure investment-grade debt so that earnings and dividends can continue to grow. Pembina's long-term goals are all forecast to fall within four guardrails that include:

So far in 2019, Pembina has fallen within all four of its guardrails. Capital-intensive businesses like pipelines can find their financials slipping through the cracks in the heat of executing on major strategic initiatives. Pembina's capital discipline, along with a wide variety of interesting investment opportunities, should set the stage for a successful future.

Delivering where it matters

Pembina Pipeline could be a dividend investor's dream come true because the company yields close to 5% while maintaining a healthy balance sheet and a sturdy balance of current performance and future growth. Pembina's foothold in Alberta and the Northern United States, as well as expansion efforts into British Columbia thanks to the acquisition from Kinder Morgan, has a good chance of giving the company a dominant portfolio without the risks of overextending into unfamiliar markets.