"No SEC-registered asset manager could do to its investors what TGE management is doing to theirs." Simon Lack at SL Advisors, LLC wrote this in early September following The Blackstone Group's (NYSE:BX) purchase of Tallgrass Energy LP's (NYSE:TGE) general partner in March and subsequent offer to take it private on August 27th at $19.50 per share. No decision on the take-private offer has been publicly made yet; however, these events have sparked a lot of controversy and teach a valuable lesson about the importance of good corporate governance.

As part of the deal, four members of management retained 1,481,754 B shares representing ownership in the general partner. Two others, the CEO and the COO, retained 3,210,085 of the limited partner's A shares which are what a regular investor would buy in the open market. 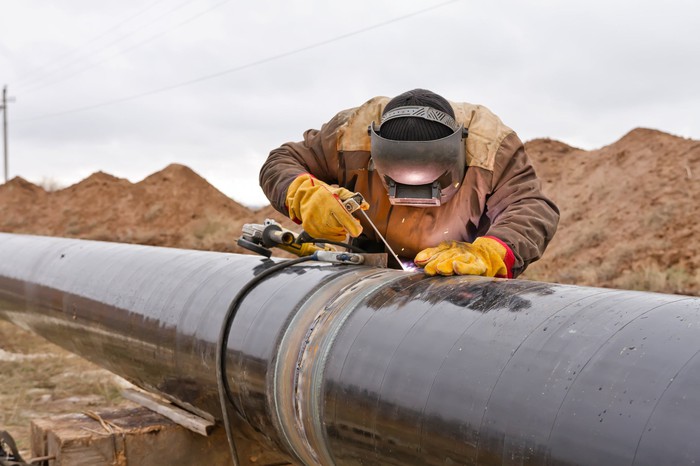 According to the Side Letter Agreements, these "Retained Interests" are subject to a one-year lockup period following the close of the deal. During this time, the members of management are not allowed to sell or dispose of these shares; however, there is no reference to buying additional shares.

If Blackstone takes Tallgrass private within the lockup period, then management could receive either the greater of the buyout price or $26.25 in exchange for their shares or shares in the private company. A payout of $3.82 per share is possible if the company is not taken private during this period, but the documents appeared to differ on the details.

The problem is with the buyout price that management negotiated for themselves. Lack writes that since management's price is not tied to the $19.50 offer, "the sideletter breaks the alignment of interests that exists when management owns shares alongside investors."

Liam Denning, an opinion columnist at Bloomberg, writes, "As it is, by agreeing to a price floor, insiders effectively got a put option on Tallgrass's stock, protecting them no matter what Blackstone offered the ordinary investors."

The CEO, David Dehaemers, defended the deal on the 2019 third quarter earnings call by stating a couple of times that the sale of the general partner was a private transaction between two parties. He referenced the lockup period describing it as a "15-month lockup on not buying or selling any TGE". And Dehaemers also mentioned that he agreed to a "three-year, non-compete agreement if [he] ever leave[s] Tallgrass". A document filed with Blackstone's Schedule 13D that describes itself as a side letter agreement included a non-compete agreement; however, this non-compete appears to end on June 30, 2020 regardless of whether or not he leaves Tallgrass.

The lesson is that good corporate governance matters. It is just as important to a profitable investment as a good story or good financials. And when it fails, it can be disastrous for ordinary shareholders.

No one is saying that management should not be compensated for their value or as owners, sell their shares to whomever they like. But by accepting this deal with those terms, the Tallgrass management failed to do their duty to all shareholders. They facilitated the creation of a potentially hostile environment for those shareholders who remained while insulating themselves from any negative effects.

In fact, the CEO did better than that. He got a general partner price in exchange for his limited partner shares. As Dehaemer said on the call, "I was unwilling to complete that transaction, unless I was paid the same price for every share I owned, period." I am sure that the other shareholders would have appreciated him negotiating that price for them too in the event of a take-private offer.

But instead, shareholders are left holding the bag in a no-win situation. It is no wonder that there has been so much selling pressure since Blackstone stopped buying additional shares in early May. It has probably been shareholders trying to get out after realizing how bad of a deal that they were unwittingly given.

Stay away from Tallgrass. Learn from this, and understand the corporate governance situation in your companies. Or you too may find yourself in a situation like the unfortunate shareholders without representation at the negotiating table earlier this year. Hopefully, options for recourse will be available to them, but for now, all they can do is watch as this "private" disaster plays out.