The after-hours market is like an unpredictable animal that can attack suddenly. A stock will have a more or less average trading day, then when a post-market news item crops up, it's set upon by a pack of bulls or bears.

It was the bears that got their claws on these two stocks after market close on Monday. Both took some damage to their respective stock prices. 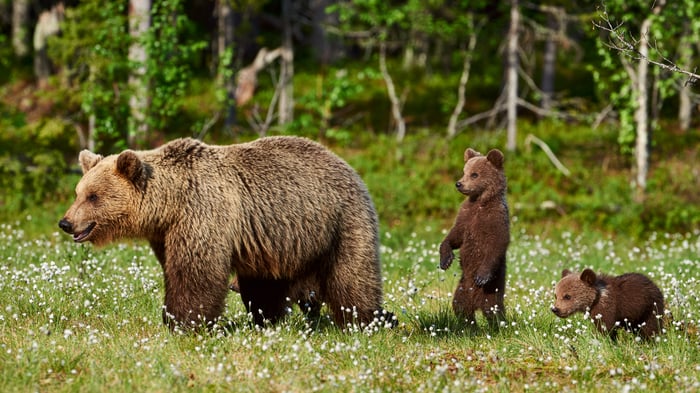 One victim of the late-day bear attack was tech stock Palo Alto Networks (NASDAQ:PANW). The stock was down by more than 8% in after-hours action as of this writing.

A weaker net profit figure appears to be at least one of the culprits. The IT security specialist released its Q1 of fiscal 2020 results after market close, revealing that non-GAAP (adjusted) net profit fell to just under $105 million ($1.05 per share) from the year-ago figure of $115 million.

On the revenue side, Palo Alto Networks reported happier news. Net revenue rose by 18% to almost $772 million. That was on total bookings that increased by the same percentage.

Both figures slightly beat analyst expectations, which on average were for $1.03 in adjusted per-share net profit and nearly $768 million on the top line.

Another culprit might be the company's acquisition of privately held Aporeto, a smaller IT security solutions provider. The price is $150 million, which will be paid exclusively in cash.

With the Aporeto buy, Palo Alto Networks has adjusted its full-year net profit guidance downward, to $4.90 to $5.00 per share; previously, the company had guided for earnings per share of $5.00 to $5.10.

Stockholders, of course, would rather have more profit than less, so perhaps their after-hours reaction is not surprising. We can also point the finger at that revenue growth rate -- although in my opinion it's still robust, it's lower than in previous quarters. This also tends to make investors unhappy.

Yet, a near 20% expansion of the top line for a company as established as Palo Alto Networks is still impressive. And Aporeto is hardly Palo Alto Networks' first acquisition -- I trust management to continue shopping around for assets of this kind that are complementary to its existing product lineup.

Finally, as we've seen with frequent data hacks of top companies and even governments lately, we live in a world that's in dire need of good cybersecurity protection. Companies like Palo Alto Networks provide it reliably, so even with Monday's hiccup, I'd still very much consider buying this stock.

The company that could arguably be considered the top name in underwear, Hanesbrands (NYSE:HBI) is currently down by 3% in late trading. This follows the resignation of its CFO, Barry Hytinen -- for "another career opportunity outside of the apparel industry" -- in a move announced after market close.

The departure of an important person in the C-suite is always at least a bit disruptive for a well-liked company. Some investors worry that he or she might be at least partially responsible for the magic.

This would be understandable in the case of Hanesbrands, which in my opinion has done a good job diversifying away from its fairly stagnant core product line and keeping revenue and net profit on the rise. I'm thinking of the familiar Champion line of athletic wear, which is a real hit both here and abroad in these exercise-crazy times.

Champion is a robustly growing brand, in contrast to the underwear offerings. Its worldwide sales grew by a very impressive 26% year over year for Hanesbrands in the most recently reported quarter. This motored the company's top- and bottom-line growth for the period; the revenue figure rose past analyst expectations.

The degree to which outgoing CFO Hytinen can be credited with this is difficult to gauge for company outsiders. Regardless, I feel that Hanesbrands has good momentum behind it with Champion, and continued global growth in front. I'm not spooked by a change in top management, and investors really shouldn't be, either. I'd be a buyer of Hanesbrands.