Bed Bath & Beyond receives another vote of confidence with a newly appointed CEO at the helm.

Shares of Bed Bath & Beyond ( BBBY -1.60% ), a home furnishing retailer with bed and bath accessories, among other products, are up over 7% early Monday afternoon after one Wall Street analyst gauged a company turnaround on the way. 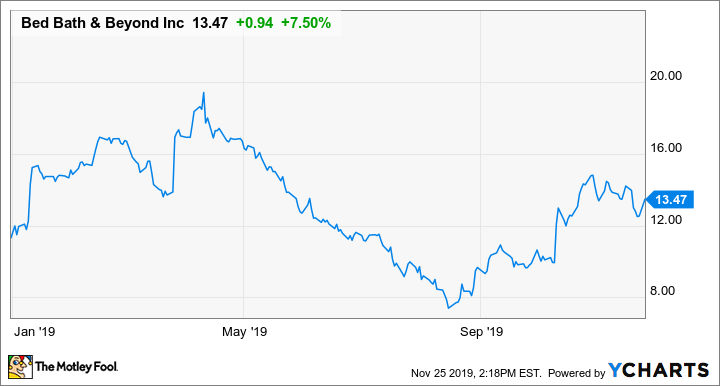 As you can see in the graph above, it's been an up-and-down year for Bed Bath & Beyond (BBBY) and its shareholders, but there's clearly been some momentum behind the stock over the past quarter. The retailer's momentum got another boost today from analysts at Bank of America when they noted confidence in the newly appointed BBBY chief executive, Mark Tritton, to lead a company turnaround -- Bank of America has a $20 price target on the stock. "Under Mr. Tritton's leadership we believe there is a real shot of stabilizing sales through new brand and product development, tighter vendor partnerships and stronger store and online execution," wrote a team of BofA analysts led by Curtis Nagle, in a note to investors. 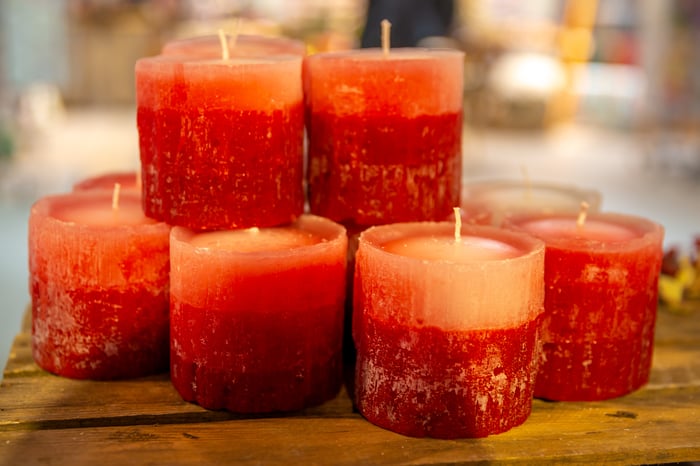 Tritton, previously chief merchant at Target Corporation, has his work cut out for him as BBBY stock has shed roughly 70% of its value over the past three years. Bank of America's analysts aren't the only people on Wall Street that believe BBBY is undervalued: In mid-October, analysts at KeyBanc slapped an $18 price target on the stock, believing the company could unlock value through "asset sales" -- which would likely include stores not under the Bed Bath & Beyond brand name -- and that plenty of negative sentiment is already baked in the stock price.

While Tritton's merchandising background appears to be a good fit for BBBY, the team will need to battle a number of challenges that include a string of negative comparable sales performances, contracting margins, dependence on less profitable coupons and deals, and finding the right balance of store-count and physical store size. At a time many retailers are facing challenges, the recent Wall Street optimism for BBBY is a breath of fresh air for investors who have watched the stock plunge to a forward price-to-earnings ratio of 6 times. However, don't expect the stock price to test those higher-price targets until the company logs consecutive quarters showing a turnaround is gaining traction.