Google's Stadia is here, and its reception out of the gate is less than encouraging. Coverage of the game-streaming platform's launch has been defined by big negatives, and it's clear that this isn't a strong launch for Alphabet's (NASDAQ:GOOG) (NASDAQ:GOOGL) gaming platform.

Early sales reports point to underperformance, and Stadia has already been described as a flop by multiple gaming coverage outlets. That said, this is a different kind of launch for the industry, and it's still feasible that Stadia will build considerable support over a longer timeline. 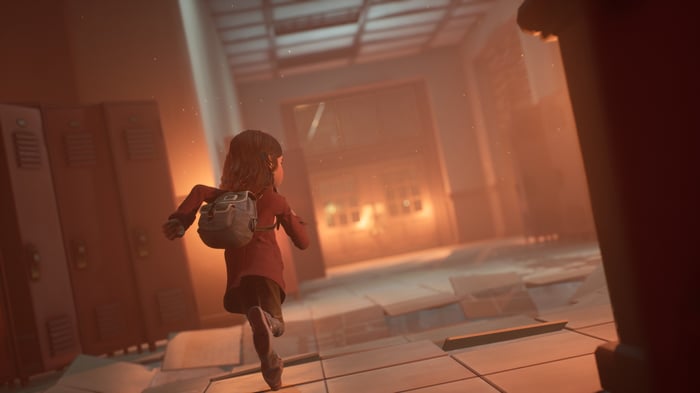 By most accounts, Stadia has debuted with worse-than-expected responsiveness to player inputs and visuals and a variety of missing features. Some early adopters who paid for the service have yet to receive their download codes, and there are a host of other reasons critics and players are disappointed.

Google's gaming platform may very well wind up being a failure, but current declarations on that front appear premature. The push into game streaming is a long-term initiative for the company, and the botched launch can be recovered from if Google remains committed to the service.

With most of Stadia's performance legwork being done server side at Google, this isn't like a typical console launch. Performance issues could be addressed by the company without the need for new hardware rollouts or consumer purchases, and the platform's graphical capabilities should continue to improve each year.

The launch of the Stadia Founder's Edition at a base price of $129 plus a $10 monthly subscription fee may not offer enough to stand out against current midrange PCs or consoles from Microsoft (NASDAQ:MSFT), Sony, and Nintendo for dedicated gamers. That's especially true if the streaming platform isn't delivering consistent performance, but that dynamic doesn't necessarily mean it doesn't have a future.

Unlike Stadia, traditional gaming consoles offer fixed levels of performance based on the hardware in their respective boxes. It's expected that Google will continue to upgrade the hardware powering its cloud-delivered games to match the performance of next-generation consoles and high-end PCs, and the current iteration of Stadia may prove to be something of a test run.

Google's plan is to debut a subscription-free version of the service to go live next year and expand availability across mobile platforms. This suggests very different priorities compared with the typical gaming platform launch. The team behind the project likely had an understanding of many of the challenges and roadblocks -- even if it wasn't able to nail Stadia's launch. The staggered rollout for the service is evidence that the project's market debut wasn't viewed as a make-or-break moment for more long-term ambitions in the space.

Game-streaming needs evolution before being a revolution

Stadia skeptics aren't wrong to point out that Alphabet and Google have a history of abandoning projects that got off to slow starts or presented significant developmental difficulties post-launch. On the other hand, streaming gaming is a product category that could have a big upside for Google's ecosystem, and it's young enough that there's still room to establish a strong position in the space. Success for the platform is going to come down to commitment and execution.

With Stadia's rocky start, it's worth remembering the last gaming platform from a resource-rich technology giant that had a troubled debut: Microsoft's Xbox One. The gaming console had a miserable first year -- marred by its weak launch lineup, high price, focus on the now-all-but-abandoned Kinect camera, and hardware and operating system issues. The troubled launch certainly didn't do the platform any favors, and it likely played a big role in Microsoft's console being significantly outsold by Sony's PlayStation 4. But the Xbox One bounced back to put up a solid performance. Microsoft's gaming division doesn't appear to be at any real disadvantage heading into the next hardware generation -- especially with its strengths in cloud infrastructure in mind.

There are big differences between Stadia and the Xbox One, and resilience for Microsoft's gaming brand can't be taken as an indication that Google's service will find its footing. But some of the challenges facing Stadia may actually be easier to overcome than what Microsoft managed to surmount with the Xbox One -- by virtue of not needing to sell console hardware. Releasing ahead of Microsoft's xCloud game-streaming service and a rumored service from Amazon.com may also prove to be a smart move.

What will it take for Stadia to succeed?

As with other gaming platforms, exclusive content is going to play an important role in Stadia's viability. Bundling an attractive selection of games as part of a Netflix-style subscription is also going to be crucial. The fact that Stadia is backed by one of the most resource-rich companies on the planet bodes well for the project on those fronts, and Alphabet's strengths extend beyond just cash and capital.

Integration with Google's YouTube platform remains a differentiating factor that could become a big advantage over time. If there's a Stadia game that Google or a third party wants to promote, no other company has a better digital ad platform or access to more valuable targeting data. Gaming videos are one of the most popular content categories on YouTube, and gaming is an advertising medium that has big untapped potential for video game companies and advertisers.

In many ways, Stadia looks like a platform that was developed with the future in mind. Some of the big fixes that need to be made will be difficult to address or require significant technology improvements that will take time.

The rollout of 5G is one catalyst that could have a significant impact on the viability of the service. Dramatically higher download and upload speeds will likely make reliably consistent game streaming much more feasible. 5G is likely to run into its own early roadblocks, but it's a safe bet that access to high-performance internet connections will continue to expand. Advances in artificial intelligence technologies will also likely play a role in improving the delivery of streaming games -- with algorithms finding increasingly effective ways to send packets of data and improve the player experience.

The video game industry is notoriously difficult to break into. Google doesn't have established franchises or internal development studios that can match what Microsoft, Sony, or Nintendo have, and Stadia's disappointing launch naturally invites predictions that it will be a failure. Even so, Google has plenty of other strengths, and it would be a mistake to think that Stadia can't recover this early in the game.

Google Fumbled the Launch of Its Stadia Gaming Platform, but It Might Not Matter @themotleyfool #stocks $GOOGL $GOOG $MSFT Next Article
Current