Target (NYSE:TGT) is coming off a fantastic quarter of revenue and profit growth, and management raised its outlook for the fourth quarter for earnings per share.

Target has good reason to be optimistic that it can grow same-store sales between 3% and 4% again as well as produce more operating leverage. The company has grown its online sales primarily through its trio of same-day fulfillment options -- in-store pickup, Drive Up, and Shipt. Same-day fulfillment was responsible for 80% of its online sales growth in the third quarter.

As holiday shoppers feel crunched for time to receive and wrap presents, Target could become the go-to retailer for last-minute shopping. That's not to say Target doesn't have competition, though. Amazon (NASDAQ:AMZN) is notably investing in speedier delivery, and Walmart's (NYSE:WMT) massive brick-and-mortar presence makes it a formidable competitor as well. 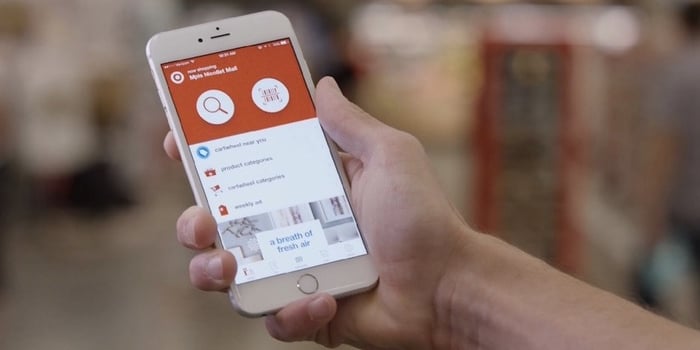 I want it now!

Target's management believes it'll see accelerated adoption of its same-day fulfillment options this holiday season. "As you get near the end of the holiday season, the stores become such a huge advantage for us," COO John Mulligan said on the company's third-quarter earnings call.

The No. 1 reason shoppers elect to pick up items from stores besides avoiding shipping charges is because they need something right away, according to a survey from the National Retail Federation. With a shortened holiday shopping season this year, there could be a lot more last-minute shopping than usual.

It's also worth noting that the increased security of in-store pickup over delivery is also high on the list. Security can be an even bigger problem this time of year, when thieves know more shoppers are buying stuff online.

Amazon's investment in one-day delivery for Prime members could play a spoiler for brick-and-mortar retailers this holiday season. Management has noted a spike in orders since introducing faster shipping.

That said, shoppers may not want to risk late delivery. All three major delivery companies -- FedEx, UPS, and USPS -- saw improved on-time delivery last year but still saw between 1 and 3 out of every 100 deliveries show up later than expected. Amazon's aiming to reduce its reliance on third-party delivery companies this year as well, and the holiday season may be a big test for its expanded logistics capabilities.

Target has what holiday shoppers want

Clothing, jewelry, and toys are three of the biggest categories for planned holiday spending. Target's strength in those categories should make it a top destination this year.

Additionally, Target recently struck a deal to fulfill orders from ToysRUs.com. Toys "R" Us went bankrupt last year, but it remains one of the most well-known toy-store brands. The move should bring in lots of additional revenue for Target this quarter.

Meanwhile, Walmart's management noted "softness" in apparel last quarter. Indeed, Walmart's strength, especially online, is in grocery sales. "Our strength is being driven by food, which is good, but we need even more progress on Walmart.com with general merchandise," CEO Doug McMillon said in his commentary on the company's third-quarter results.

With Target's ability to fulfill orders quickly in a shortened holiday season and strength in the categories where shoppers are planning to spend the most, the retailer is set to dominate this the competition. Investors should expect continued strength from Target this quarter after a strong showing in the prior three months.