Please ensure Javascript is enabled for purposes of website accessibility
Free Article Join Over 1 Million Premium Members And Get More In-Depth Stock Guidance and Research
By Cory Renauer - Dec 3, 2019 at 6:37AM

Shares of The Medicines Company ( MDCO ), a post-commercial biotech, soared 60.4% in November, according to data from S&P Global Market Intelligence. Encouraging pivotal trial results last month inspired Novartis ( NVS -0.28% ) to make a buyout offer for The Medicines Company for $9.7 billion in cash.

Back in 2013, The Medicines Company gave Alnylam Pharmaceuticals $25 million up front for rights to inclisiran, an RNA drug that interferes with the production of a protein that limits the liver's ability to absorb low-density lipoprotein cholesterol (LDL-C). After lots of positive data, The Medicines Company felt confident enough about inclisiran that it sold off all its commercial-stage assets to attract a buyer earlier this year. 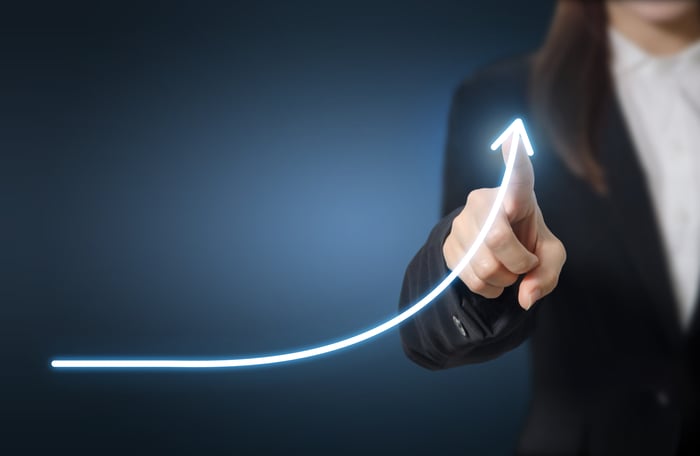 The Medicines Company's return on its inclisiran investment is the stuff of legends, but Novartis could have a tough time squeezing $9.7 billion from the same drug in the commercial stage. Expensive new cholesterol drugs have received lots of pushback from insurers when it comes to large populations. Inclisiran will probably be used to treat a small number of patients with inherited hypercholesterolemia, but reaching tens of millions of people with atherosclerotic cardiovascular disease is another story.

Inclisiran offers the convenience of twice-yearly administration, but it's also an infusion that requires help from healthcare providers instead of a simple injector pen that patients operate themselves. Praluent and Repatha are easily injected once or twice a month and they aim for the same target as inclisiran, plus they're only a little less effective.

Repatha's doing better on the market than Praluent, but sales of the drug only reached an annualized $672 million in the third quarter after four years of spotty sales. Five years from now I'll be surprised if Novartis can do any better with inclisiran if it earns approval.