eBay (NASDAQ:EBAY) has been a mixed bag lately. Although the company's stock has performed relatively well this year -- its shares are up 21% year to date -- eBay's core e-commerce business is losing steam. In particular, the tech company's gross merchandise volume (GMV) -- the dollar value of all transactions conducted on its platform -- has been on a downward trend.

During eBay's latest reported quarter, Q3 2019, the company's GMV decreased 4% compared to the year-ago period, and this decline was by no means an isolated incident. During the second quarter, GMV decreased 5% year over year. With its core business crawling, one would think eBay would be hell-bent on holding on to one of its potential growth engines -- namely the online ticket exchange StubHub. But the company recently made a deal to sell StubHub to a rival platform. 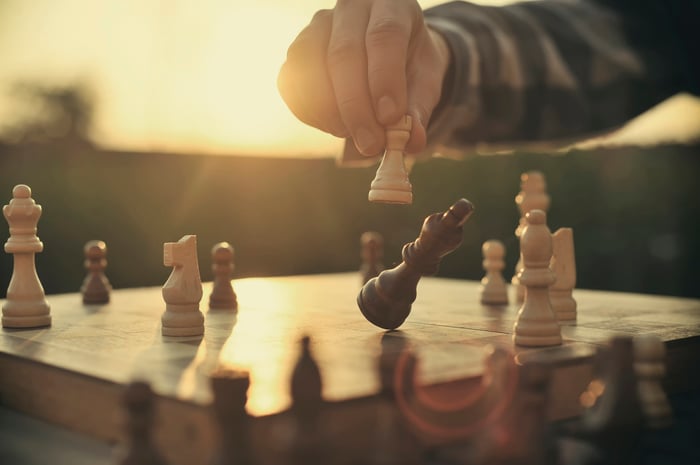 eBay announced in a press release on Nov. 25 that it will be selling StubHub to privately-owned Viagogo for $4.05 billion in an all-cash transaction. Viagogo, a similar service that operates in over 100 countries worldwide, will now have a chance to add StubHub to its rich portfolio and strengthen its position in the business. The transaction is expected to close by the end of the first quarter of 2020. Interestingly enough, Viagogo's current CEO is Eric Baker, who co-founded StubHub while in business school.

Perhaps this deal shouldn't come as a shock to investors. After all, eBay has been transparent about its portfolio review, and speculations that the company might end up unloading StubHub were already making the rounds.

Why it matters for shareholders

On one hand, this transaction looks like a good deal for eBay. After all, the $4.05 billion payday will strengthen its cash position, and perhaps the company can look for other growth opportunities in the fast-evolving tech sector with its new windfall. That seems to be more or less what the company has in mind, as eBay's interim CEO, Scott Schenkel, said regarding the deal, "We believe this transaction is a great outcome and maximizes long-term value for eBay shareholders." Note that eBay originally bought StubHub for $310 million back in 2007.

But there's another angle to consider. While StubHub's revenue accounted for only a fraction of eBay's top line (11.6% during the third quarter), StubHub's has been growing faster than eBay's core marketplace.

During the third quarter, eBay's total marketplace revenue decreased 1.0% year over year, while StubHub revenue was up 5.2%. Perhaps more importantly, StubHub's business provides the highest margin of all of eBay's segments. During the third quarter, StubHub's take rate -- net transaction revenue divided by GMV -- was 23.23%, much higher than its marketplace take rate of 8.93% recorded during the same period. Lastly, StubHub has about a dozen primary ticket partners with the opportunity to add more in time.

In short, eBay's online ticket marketplace could have played an important role in the company's future, but with this sale, that's no longer an option. This isn't the first time eBay unloaded one of its assets -- back in 2016, the company decided to sell a majority of its stake in the e-commerce platform MercadoLibre. The only problem is that MercadoLibre's stock is up by well over 200% since eBay announced that sale.

eBay could certainly end up putting the money it will generate from the StubHub transaction to good use, but selling one of its strongest businesses may not end up being the best move for shareholders.