Please ensure Javascript is enabled for purposes of website accessibility
Free Article Join Over 1 Million Premium Members And Get More In-Depth Stock Guidance and Research
By David Jagielski - Dec 4, 2019 at 8:25AM

Despite a chip shortage and a share-price slide, the computer and hardware vendor is coming off a good fiscal third quarter.

Dell Technologies ( DELL 0.27% ) recently released its fiscal 2020 third-quarter results, and although there were many positive aspects to the report, the stock fell in the days that followed. That decline was apparently due, in large part, to management's downward revision to its fiscal Q4 forecast.

However, there are three reasons why investors should still be bullish on the stock.

1. Dell's guidance looks worse than it is

Previously, Dell had projected its revenue for the fiscal year would land between $92.7 billion and $94.2 billion. However, after its revenue for Q3 (which ended Nov. 1) came in at $22.84 billion -- below the $23.04 billion that analysts had been expecting -- the company cut its annual guidance to a range of $91.5 billion to $92.2 billion. That's not a huge adjustment. The bigger concern embedded in that guidance change relates to Intel's ongoing chip shortage. Despite Intel's efforts to ramp up its production of processors for PCs, demand continues to exceed supply, which Dell COO Jeffrey Clarke said has hindered his company's PC business. As a result, Dell had to reduce its forecast for the fourth quarter, and the full year as well. 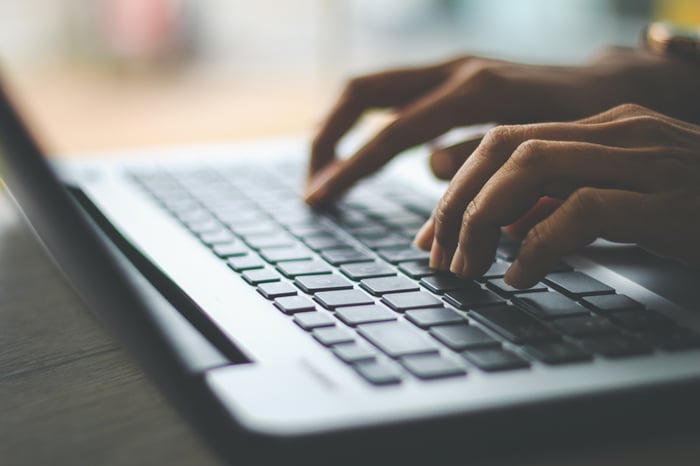 The chip issue, has, unfortunately, been an issue for some time now, and given that roughly half of Dell's revenue comes from PC sales, the impact on the company's financials has been notable.

The good news for investors is that Dell CFO Tom Sweet expects that the chip issue will begin to improve in the second half of its next fiscal year. And while the start of that period is still several months away, it's an important reminder that this is not a long-term problem for Dell.

What's encouraging is that even with those challenges, Dell still had a good quarter, which was reflected further down its income statement. Its operating profit of $2.44 billion came in higher than estimates of $2.32 billion. Adjusted earnings per share of $1.75 were also well above expectations of $1.59. And gross margin of 34% was also stronger than the 32.8% that analysts were forecasting. These are all strong numbers, and profitability is ultimately what matters in the end for shareholders.

The decrease in the forecast is disappointing, but what matters is how Dell actually performs, and its fiscal Q4 could still turn out solid. In Q3, the company performed well despite conditions that weren't ideal. Absent the chip shortage, its results would likely have been even stronger. Investors should, therefore, be excited about Dell's prospects for 2020 if Intel can finally put its production issues behind it and start meeting the market's demand for its PC chips.

3. Dell is paying down debt and showing fiscal prudence

Another positive takeaway from the Q3 results was that Dell has been trimming debt from its balance sheet. It paid down $1.1 billion in gross debt during the quarter, and $3.5 billion year-to-date, with plans to get that number to $5 billion before the end of fiscal 2020.

From Feb. 1 to Nov. 1, the company's reduced its total long-term debt by $4.5 billion and it now stands at $44.7 billion. There are a couple of reasons paying down debt is important. The first is that having fewer financial obligations on its books gives an organization more flexibility. Lower leverage makes a company more attractive to risk-averse investors, and to banks as well, should it need more liquidity in the future. It's also important from a governance standpoint, as it shows investors that management is putting its cash in the right places and not being wasteful.

An optimal time to invest

The post-earnings dip in the stock's price has put Dell's year-to-date returns below 2% during what generally has been a bullish year on Wall Street. But this could be a great opportunity for investors to buy shares of this computer and hardware vendor, as its Q3 results still contained a lot of positives, and the tech stock has plenty of room for growth once it fights past a few headwinds.

Why Dell Stock Got Cut in Half Today

Dell Is About to Become a Great Dividend Stock

Why Shares of Dell Technologies Rose 11.5% in April