Activision Blizzard (NASDAQ:ATVI) stock has rebounded in 2019, climbing roughly 16.7% year-to-date on the heels of steep sell-offs that nearly halved the company's stock price in 2018's fourth quarter. Shareholders who have held the stock over the last couple of years are almost certainly disappointed with the current price, but the stock looks cheap at the moment and long-term investors shouldn't fret.

The video game publisher's share price is still off roughly 35% from the high mark that it hit in late September 2018. Some of the problems that tamped down on its valuation were substantial and still cast a shadow over the business, but the company will likely rebound from its current troubles and overcome these challenges to hit new all-time highs. 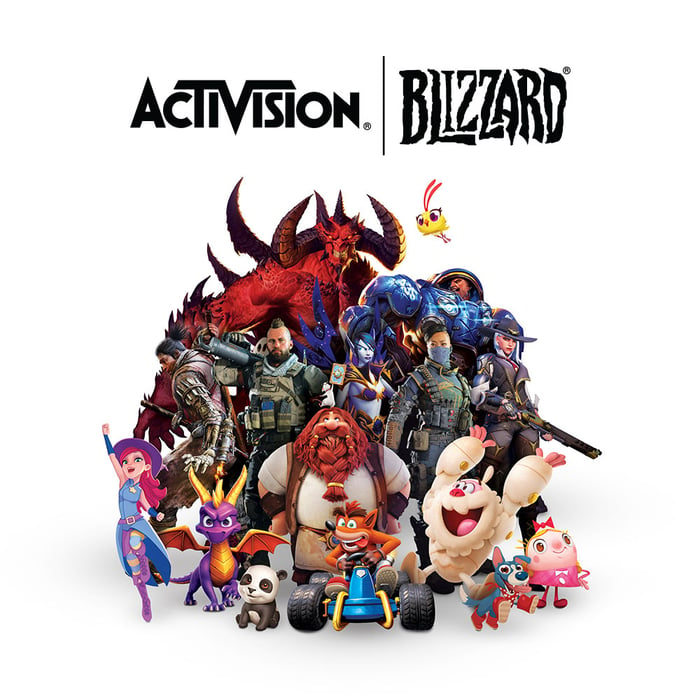 Growth for the global gaming industry will create tailwinds

Before diving into the specifics of Activision Blizzard's business and looking at recent setbacks and its individual strengths, it's worth surveying the outlook in the broader video game space to get a better understanding of tailwinds that will benefit this publisher as well as others. Gaming is still a relatively young industry -- and one that has huge long-term growth potential. Interactive entertainment will only become more immersive and accessible as technology and distribution improve, and it's unlikely that the industry will experience a contraction any time within the next couple decades.

If the global middle class continues to expand in the 21st century, that's a trend that will bode very well for the gaming industry. Consider that India's mobile gaming industry still generates less than $1 billion in annual revenue. Sales are expected to have risen from $260 million in 2016 to $1.1 billion in 2020, according to a report from NASSCOM. With a population of nearly 1.4 billion, there's still an incredible runway for interactive-entertainment business to expand in the country.

Even China, which has seen tremendous growth for its video game industry over the last decade and also has a population of roughly 1.4 billion people, is projected to see total gaming revenue come in below the U.S.'s figure this year. More than 2.5 billion people around the globe play video games, but monetization in most regions remains relatively very low compared to territories like North America, Europe, and Japan.

A report from GlobalData suggests that the global games industry could generate $300 billion in revenue in 2025, up from the roughly $152 billion in sales that Newzoo reports the industry will generate in 2019. That growth target might prove a bit optimistic, but the overall industry outlook remains very favorable for Activision Blizzard.

Activision Blizzard stock got hammered by underperformance of some key properties last year just as strong competition was taking the market by storm. The company ended its support for the Destiny franchise and its relationship with the game's developer, Bungie, around the same time that popular free-to-play rival games like Fortnite were shaking up the market and soaking up attention from video game enthusiasts. The Fortnite phenomenon also appeared to eat into performance and enthusiasm for in-house Activision Blizzard properties like Overwatch.

Competition from hot free-to-play alternatives, combined with a relatively light release schedule in 2018 and much of 2019, put a serious damper on the company's sales and earnings growth. The good news is that Activision Blizzard still looks pretty solid on most fronts -- especially for investors with a long-term outlook.

With properties like World of Warcraft, Diablo, StarCraft, Call of Duty, and Overwatch, the company has a strong franchise catalog to serve hardcore gamers on PC and console platforms. Titles from the publisher's mobile-focused King Digital segment including Candy Crush Saga and Candy Crush Soda Saga continue to be go-to choices for more casual gamers on smartphones and tablets. And it has properties like Spyro the Dragon and Crash Bandicoot that can appeal to younger audiences.

There have been some setbacks, but Activision Blizzard continues to make some smart moves with franchise management, and the company has a collection of strong development studios and decades of distribution and market experience. The company still has plenty of opportunity to expand the reach of its big gaming franchises on mobile platforms. It should also continue to benefit from console and PC video games increasingly being purchased digitally and from growth in sales of high-margin in-game items.

Growth opportunities in esports, advertising, and beyond

Activision Blizzard has some compelling growth opportunities outside of its traditional channels and heightened push into mobile. The company has been one of the early leaders in esports -- competitive video games as spectator entertainment -- and could see significant payoffs stem from having established an early leadership position in this fast-growing entertainment category. Revenue from Disney-style consumer products licensing is another long-term catalyst to keep an eye on.

The publisher is also still in the early phases of ramping up in-game advertising as a revenue stream, but there are encouraging signs on that front. Ad revenues at the King segment nearly doubled last quarter, and the interactive nature of games lends itself to heightened levels of engagement and points to big room for growth. Activision Blizzard also remains one of the companies that looks best positioned to take advantage of new computing and display platforms like augmented reality and virtual reality.

With the company's core business still looking quite solid, Activision Blizzard doesn't need all of these growth opportunities to pan out perfectly or turn into sales drivers all at once. Solid execution on the PC and console gaming front, combined with some new successes in mobile, could be enough to help the stock recover lost ground. And periodic wins from some of its other growth initiatives will eventually push the stock to new heights.