Earlier this week, Alphabet (NASDAQ:GOOG) (NASDAQ:GOOGL) dropped the bombshell announcement that co-founders Larry Page and Sergey Brin were stepping back from daily operations. When Google restructured as Alphabet in 2015, Page retained his role as CEO of the parent holding company while Sundar Pichai was named CEO of Google, the core search subsidiary that represents the bulk of Alphabet's operations. Pichai is now being elevated to Alphabet CEO as part of the company's efforts to "simplify" its management structure, according to a letter penned by Page and Brin.

Here are three things that could change under Pichai as CEO of both Alphabet and Google. 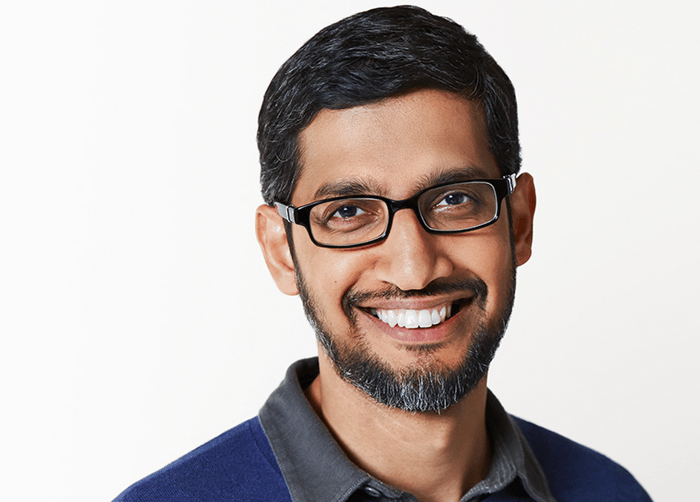 Alphabet has never been all that aggressive with its share repurchase program, although it has a habit of making obscure mathematical references when determining how much stock to buy back.

Mathematical references aside, Alphabet has long been criticized for being too conservative with capital returns, considering the $121 billion in cash sitting on its balance sheet and the company's cash-generating ability (free cash flow was $8.7 billion last quarter). Analysts are optimistic that Alphabet will consider returning more capital to investors.

J.P. Morgan analyst Doug Anmuth believes that Alphabet might be "more amenable to larger share buybacks" under Pichai, according to MarketWatch, although Anmuth hedges that prediction by noting Brin and Page remain on the company's board of directors. While the co-founders are stepping back, they are holding on to their shares -- and the related supervoting rights.

Alphabet could disclose more to investors

It's also possible that Alphabet will adopt more transparent financial reporting practices. Regulators have already chastised the company for not disclosing more information around important businesses -- most notably YouTube. Google has long argued that YouTube is simply part of Google, in which case one reportable operating segment is sufficient. That eventually placated the SEC.

Beyond YouTube, Google is also coy about Google Cloud, an increasingly important part of the business. The company said in July that Google Cloud had reached a revenue run rate of $8 billion, a rare disclosure. Amazon finally started disclosing stand-alone results for Amazon Web Services (AWS) in 2015, as the e-commerce company's cloud computing segment had become too important to overall results.

As Alphabet undergoes this CEO transition, hopefully it will become more transparent with shareholders.

Page was easily the most private CEO among major tech companies. He rarely grants press interviews (his last one was in late 2014) or makes public appearances. Page stopped regularly participating in earnings calls in 2013, citing a medical issue that paralyzed his vocal cords.

When called on by the Senate Intelligence Committee to testify in late 2018 regarding foreign governments leveraging social media platforms, Twitter CEO Jack Dorsey and Facebook COO Sheryl Sandberg showed up but Page skipped out. Pichai testified to lawmakers a couple months later.

With lawmakers and regulators scrutinizing large tech companies over a range of topics from antitrust concerns to foreign election interference, Alphabet needs a visible CEO that can help represent the company while communicating its messages to the public, investors, regulators, and lawmakers.