Please ensure Javascript is enabled for purposes of website accessibility
Log In Help Join The Motley Fool
Free Article Join Over 1 Million Premium Members And Get More In-Depth Stock Guidance and Research
By David Jagielski - Dec 5, 2019 at 8:38AM

With the recreational market taking off, medical marijuana could take a backseat.

The medical market for pot could become a casualty of the growing movement to legalize recreational marijuana. With legalized recreational products commanding higher prices, the supply of medical marijuana could take a hit – and that could be bad news for investors banking on the segment's growth.

According to data from research company BDS Analytics, much of the industry's long-term growth in the U.S. will come from the adult-use market. By 2024, BDS is projecting sales in that segment to reach $21.1 billion, nearly 200% higher than this year's expected sales of $7.3 billion. By comparison, the medical market will climb to just $9 billion in sales by 2024, a much more modest 64% growth from the $5.5 billion that the segment will do this year. 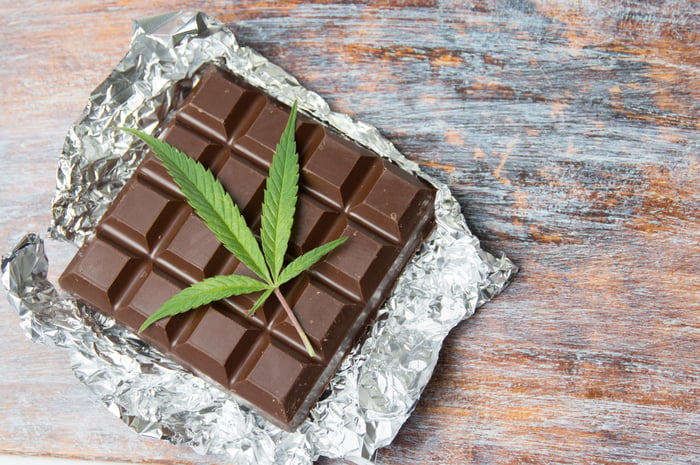 There are a couple of reasons why medical pot's growth looks far less impressive.

First, as more states legalize pot for recreational use, consumers won't have to obtain a medical marijuana card or get prescriptions from doctors to obtain cannabis products. Second, with companies focusing more on their margins and looking to generate the highest possible sales, recreational products appealing to a broader consumer base will inevitably become more of a priority.

Cannabis customers in Illinois are already starting to see the impact of this, even though recreational sales won't officially begin until Jan. 1. Consumers there are complaining that supply is getting worse, prices are rising, and packages are shrinking. The state has seen significant growth in the number of patients qualifying for medical marijuana, rising from 20,000 to 80,000 over the past year. While greater demand will certainly contribute to tighter supply in the short run, the situation will likely only get worse once the recreational market is up and running, and producers focus more on recreational products.

The trend has been noticeable in Colorado as well. Medical marijuana sales have fallen for the past two years and are on track to extend that streak this year.

There's a lot of good growth available in the cannabis industry, and while a growth rate of 64% in a span of five years in the medical segment is nothing to scoff at, it's not the sort of growth that cannabis investors are looking for, especially given the sector's high valuations in the industry.

In that light, a company like Canopy Growth (CGC -5.96%) could be a much safer bet. It has a wide variety of products available, including dozens set to go for the new derivatives market opening up in Canada. Canopy Growth has also been very aggressive in seeking out deals to capitalize on opportunities before they're even available.

Canopy's partnership with Constellation Brands ahead of the launch of beverage products in Canada, and its pending acquisition of Acreage Holdings (which would give it a big footprint in the U.S. once marijuana is legalized federally) are some of the more notable examples of the company's focus on growth. For marijuana stocks to be worth their weight, they need to offer growth – lots of it. And Canopy Growth certainly does that, largely because it's focusing beyond just medical marijuana products.