Shareholders of Veeva Systems (NYSE:VEEV) have enjoyed fantastic returns over the past five years. Shares of the healthcare software-as-a-service (SaaS) company have more than quadrupled in that time. It has become the de facto provider of cloud services for the pharmaceutical industry.

While success like that is nice, it can lead some to wonder if the company's stock is now too pricey -- a fair concern, given that it currently trades for over 50 times trailing free cash flow.

Veeva bulls will counter with the fact that Veeva Nitro and the company's foray outside of the pharmaceutical industry provide enough potential to justify its price. But it's a different detail altogether that many missed in the third-quarter conference call that has me excited. 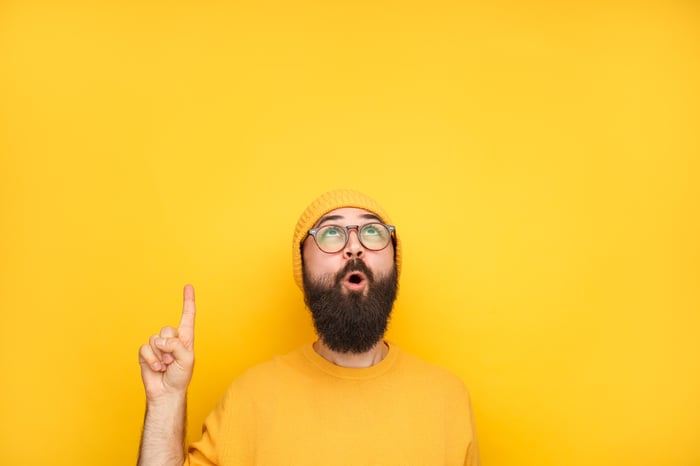 What the heck is CDMS?

This detail about CDMS came from the lips of CEO and founder Peter Gassner: "CDMS is advancing faster than we initially expected."

CDMS is an acronym that stands for Clinical Data Management System, a tool that drug companies can use during phase 1, 2, and 3 clinical trials with the U.S. Food and Drug Administration. The tool has three components:

How big is this opportunity?

It's tough to pin an exact figure on how big the EDC -- and, by proxy, the CDMS -- market is. Some publications say the global EDC market will be worth $1.6 billion by 2025, and that it will be growing at a 12.8% clip until that date.

To put that in perspective, Veeva has collected $1 billion in revenue over the past 12 months across all of its products. Exact numbers haven't been broken out, but CDMS is likely a drop in the bucket right now. Translation: The opportunity is vast.

Currently, the EDC market is dominated by the likes of Oracle and Medidata Solutions, which was recently acquired by Dassault Systems. But because of Veeva's singular focus on the pharmaceutical cloud (unlike Oracle), and Veeva's offerings that span the entirety of a drug company's cloud needs (unlike Medidata), big pharma is willing to kick the tires on Veeva's CDMS in an effort to bring more of its tools under one umbrella.

In CDMS, We have been awarded our first large-scale Phase 3 trial with an existing top 20 pharma customer. This is a very large study; it will cover more than 12,000 patients across roughly 700 sites in 32 countries.

This is no small feat. If Veeva can prove that its CDMS platform is up to the test of a large-scale clinical trial, other drug companies could easily follow suit in adopting CDMS.

Veeva is notorious for taking things slow and steady. It's not a coincidence that the company has beaten analysts' (and its own) earnings forecasts every single quarter over the past four years. If nothing else, management does a masterful job of managing investor expectations -- it routinely underpromises and over-delivers. That moderate stance has served the company well.

It shouldn't be surprising, then, that later in the same conference call, Gassner's outlook was cautious. Asked if CDMS advancing faster than expected meant there would be a "dynamic kick" from fast followers, he said:

I don't think there'll be a rush...[C]ustomers have their natural time when they adopt these things, and we're not going to impact that too much. And they will always start small with a system like that. So, no, I don't think so. I think it'll be steady progress.

As Warren Buffett once said, if you aren't willing to hold a stock for 10 years, you shouldn't hold it for 10 minutes. If you take a similar view, the fact that the growth of CDMS might take time shouldn't bother you one bit.

Currently, the company occupies 6% of my real-life holdings. I've have no intention of selling. My ears will be keenly listening for updates on CDMS in the coming quarters. Yours should, too.